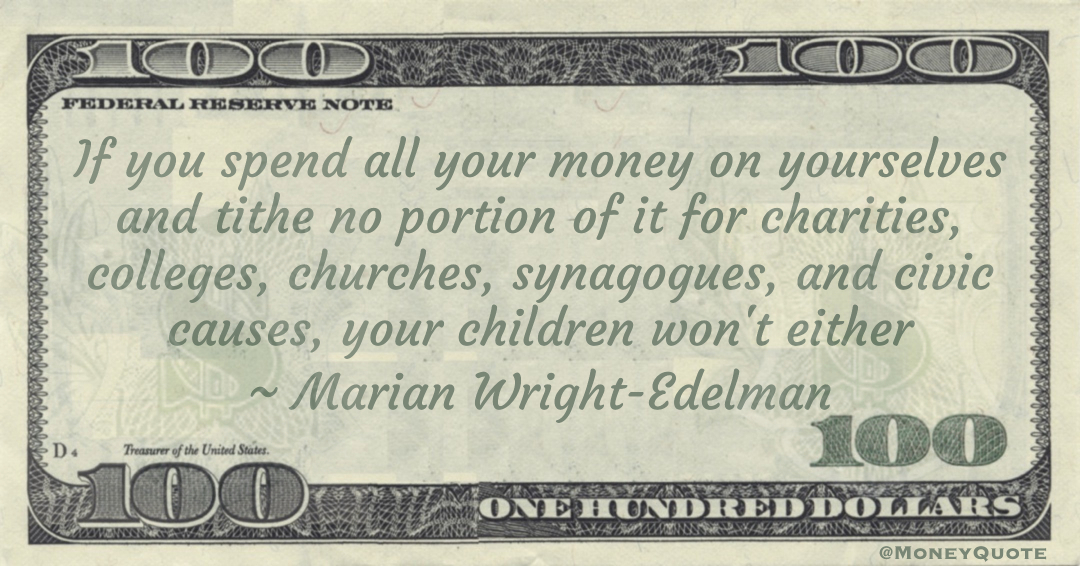 “If you spend all your money on yourselves and tithe no portion of it for charities, colleges, churches, synagogues, and civic causes, your children won’t either” — Marian Wright-Edelman

Share the Marian Wright-Edelman Money quote image above on your site:

We are willing to spend the least amount of money to keep a kid at home, more to put him in a foster home and the most to institutionalize him
— Marian Wright Edelman

We do not have a money problem in America. We have a values and priorities problem
— Marian Wright Edelman