It is not the creation of wealth that is wrong, but the love of money for its own sake
— Margaret Thatcher

Pennies do not come from heaven, they have to be earned here on earth

Funny Money Quotes: Doing good deeds for those in desparate need is made possible by only those with both love and the means to pay. Margaret Thatcher said: 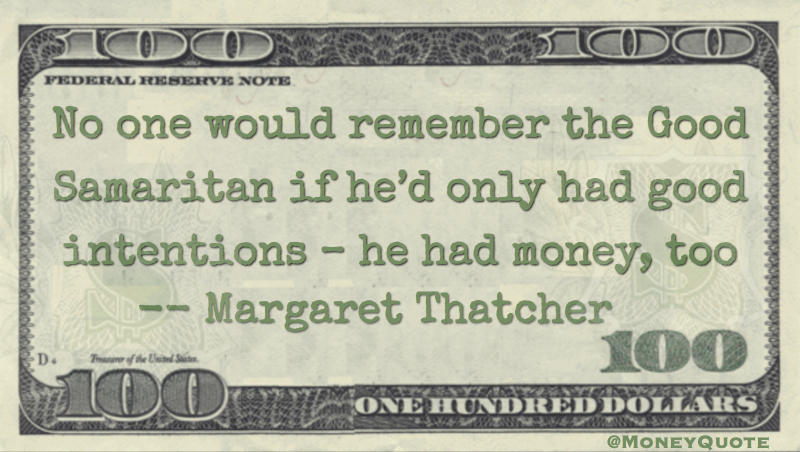 “No one would remember the Good Samaritan if he’d only had good intentions – he had money, too” — Margaret Thatcher

Share the Margaret Thatcher Money quote image above on your site: