Money Lyrics from 1985 Dire Straights album Brothers in Arms in which an appliance delivery man describes his viewpoint of the easy life of musicians who get paid well for bangin’ on the drums and play the guitar on the MTV.

— Dire Straights in Money for Nothing

There’s a classic song by Dramarama called “Anything, Anything” with a lyric that is bound to stick in your head where a woman is promised anything, including hundred dollar bills. 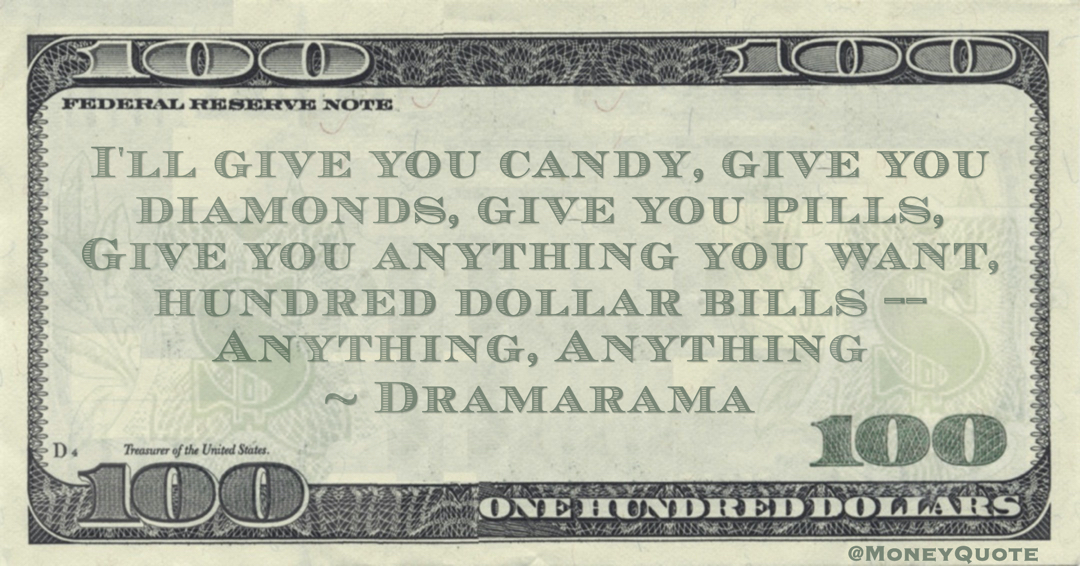 “I’ll give you candy, give you diamonds, give you pills, Give you anything you want, hundred dollar bills” — Anything, Anything – by Dramarama

Share the Dramarama Money quote image above on your site: