Arthur Helps Money Quote saying the wealthy are always giving advice to the poor but somehow don’t get any advice from the poor. Arthur Helps said: 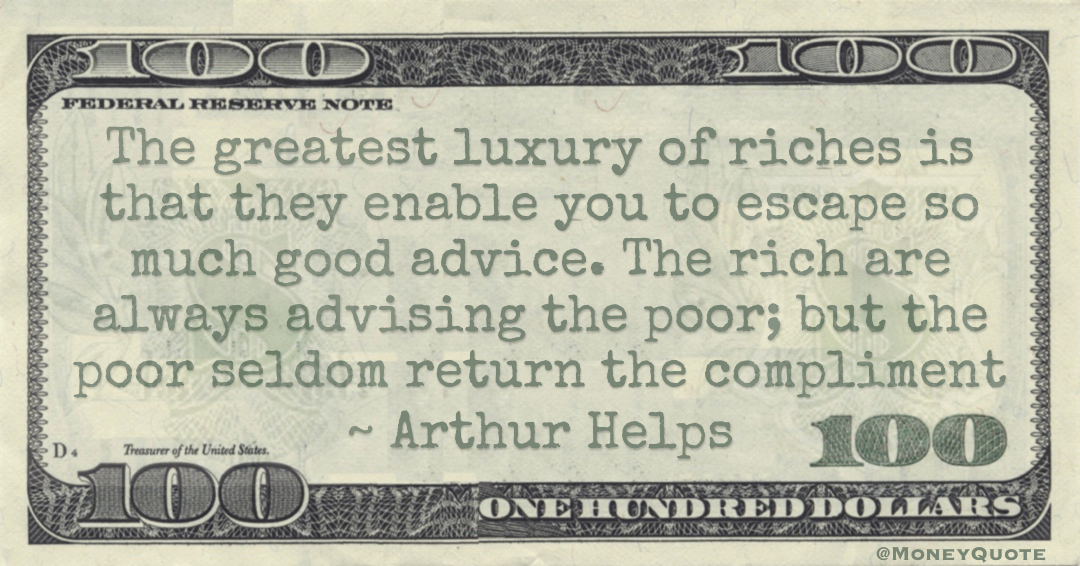 “The greatest luxury of riches is that they enable you to escape so much good advice. The rich are always advising the poor; but the poor seldom return the compliment” — Arthur Helps

Share the Arthur Helps Money quote image above on your site:

Coco Chanel Money Quote saying the opposite of absolute luxuriousness is the vulgarness. Coco Chanel said: 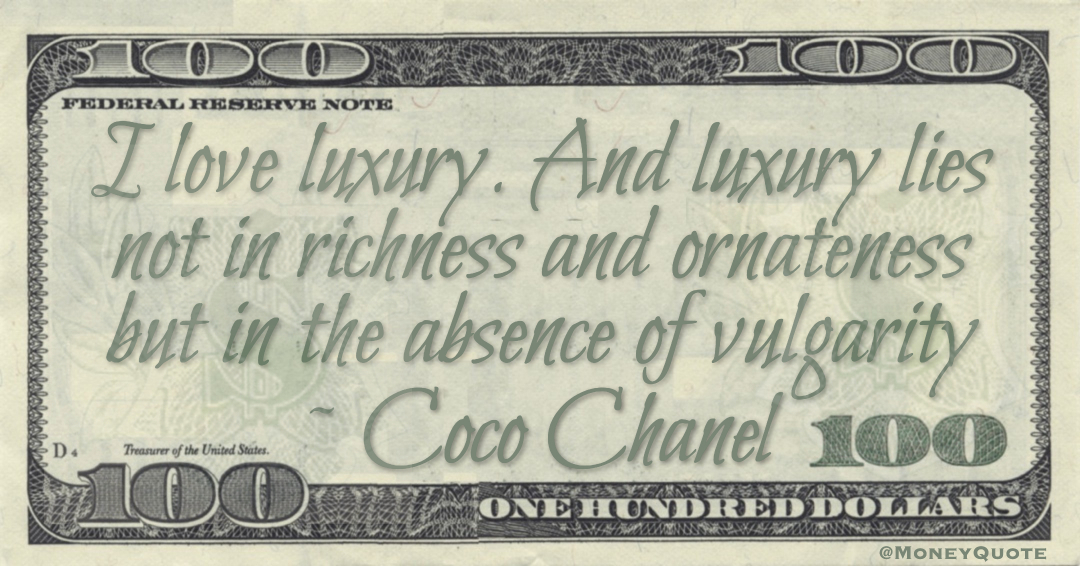 “I love luxury. And luxury lies not in richness and ornateness but in the absence of vulgarity” — Coco Chanel

Share the Coco Chanel Money quote image above on your site:

Coco Chanel Money Quote saying poverty has nothing to do with what is perceived as its opposite – luxury which is opposite – the vulgar. Coco Chanel said: 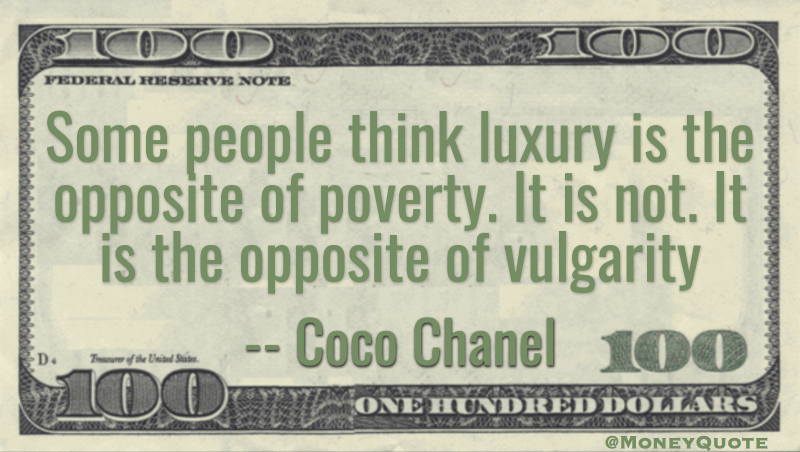 Share the Coco Chanel Money quote image above on your site:

Socrates Money Quotation saying there is nothing needed or desired when we are emotionally wealthy – content. Socrates said:

Kathleen Turner Money Quotation saying telling everyone she is not in favor of those who acumulate money as she has done when done differently. Kathleen Turner said:

I don’t believe in simply accumulating money, but I have the luxury to say that, because I have enough — Kathleen Turner