Robert Kiyosaki Money Quote saying that the poor and middle class are most likely to blow their money on unnecessary and wasteful non-necessities before the wealthy do. Robert Kiyosaki said: 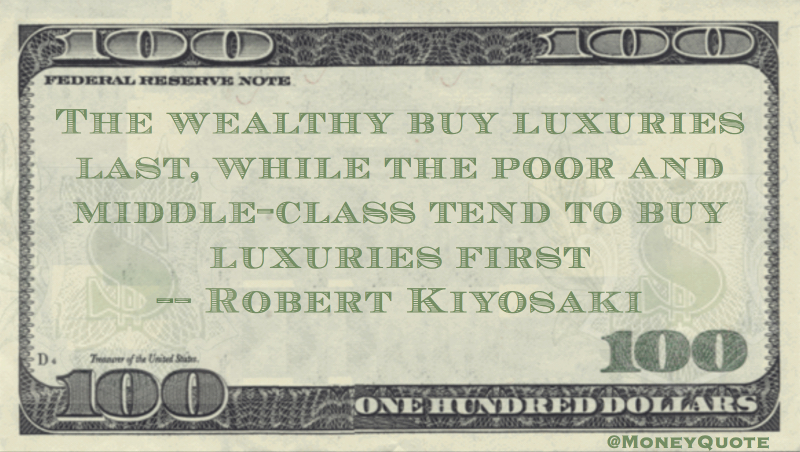 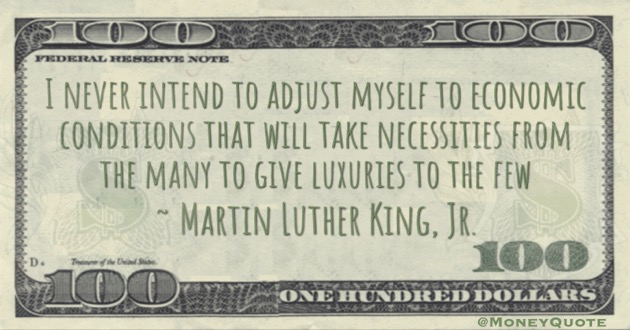 “I never intend to adjust myself to economic conditions that will take necessities from the many to give luxuries to the few” — Martin Luther King, Jr.