P.T. Barnum Money Quote saying those who believe American tastes are poor have not lost on that bet as yet. P.T. Barnum said: 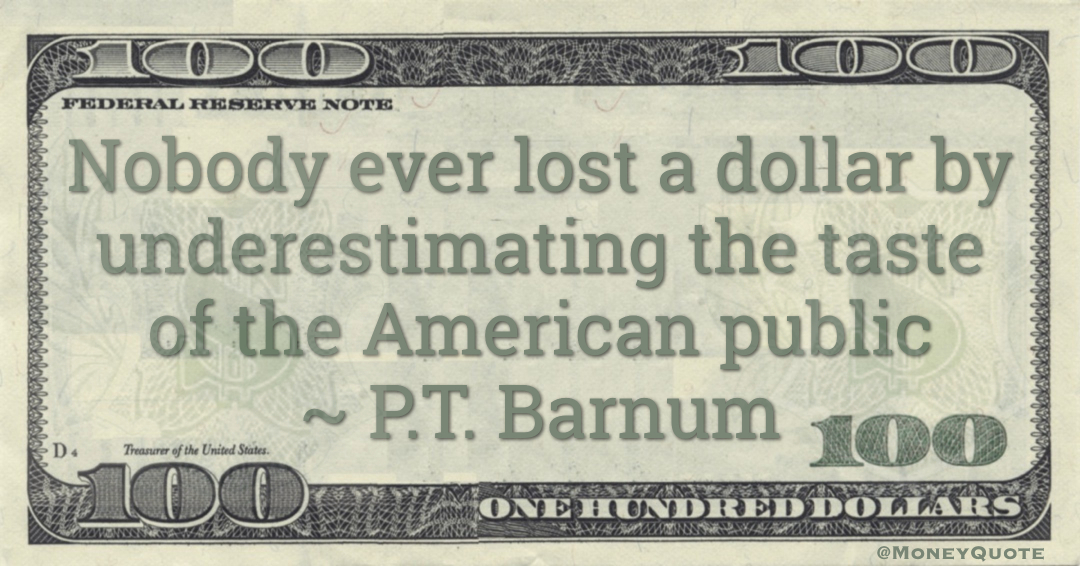 “Nobody ever lost a dollar by underestimating the taste of the American public” — P.T. Barnum

Share the P.T. Barnum Money quote image above on your site:

Michael Leboeuf Money Quotation saying if you must choose between blowing your cash or wasting time, keep in mind the value that could have been created with that time. Michael Leboeuf said: 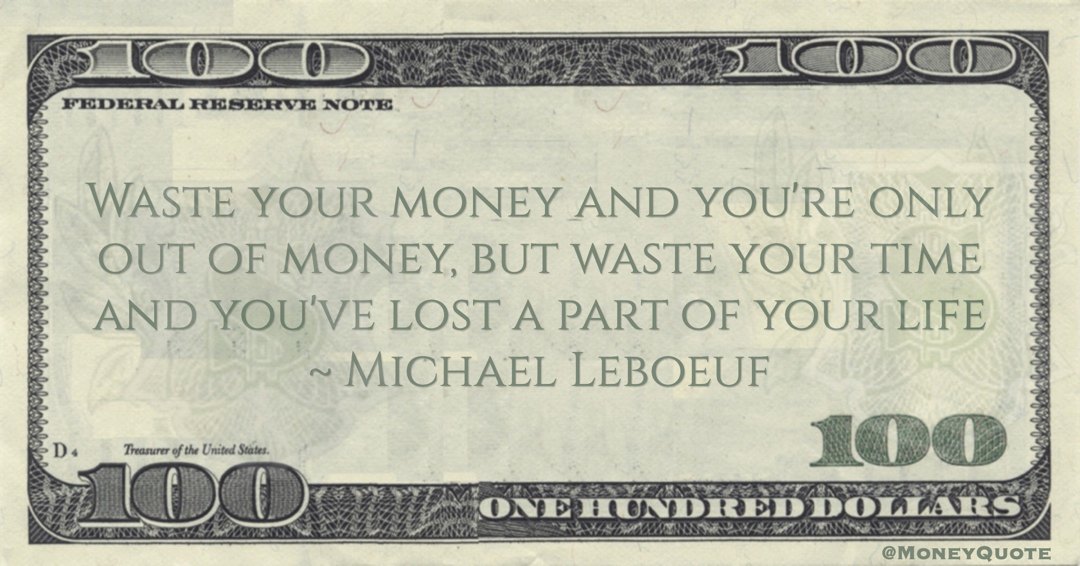 “Waste your money and you’re only out of money, but waste your time and you’ve lost a part of your life” — Michael Leboeuf

Share the Michael Leboeuf Money quote image above on your site:

George Latimer Money Quotation saying we know having possesions and being able to always buy more is great, but sometimes lose sight of the goodness of our prized intangibles that can’t be purchased. George Latimer said: 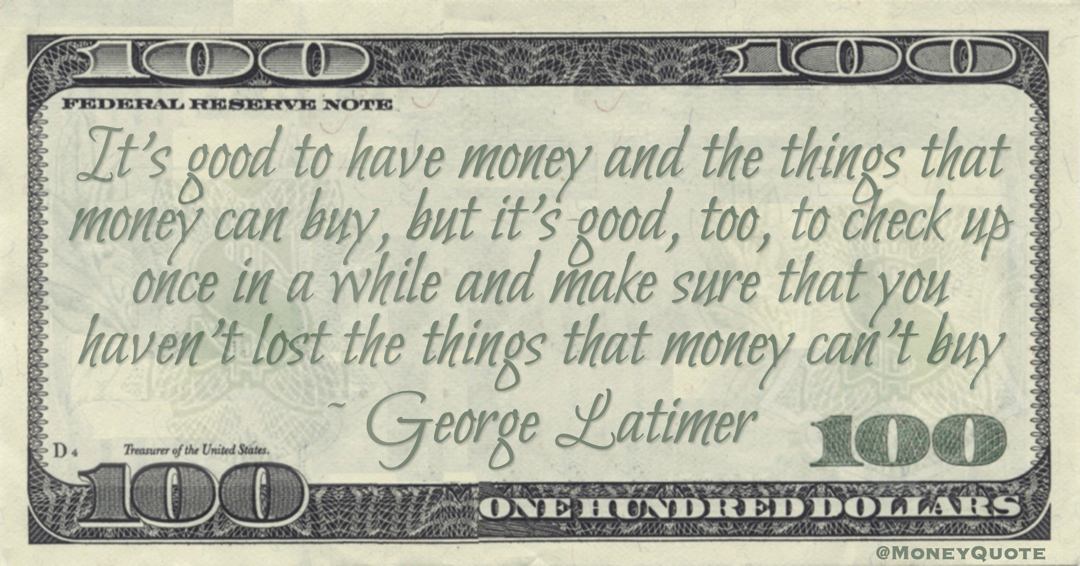 Share the George Latimer Money quote image above on your site:

Billy Graham Money Quotation saying There is no doubt that there are many things more important than wealth – but some must remain at our core. Billy Graham said: 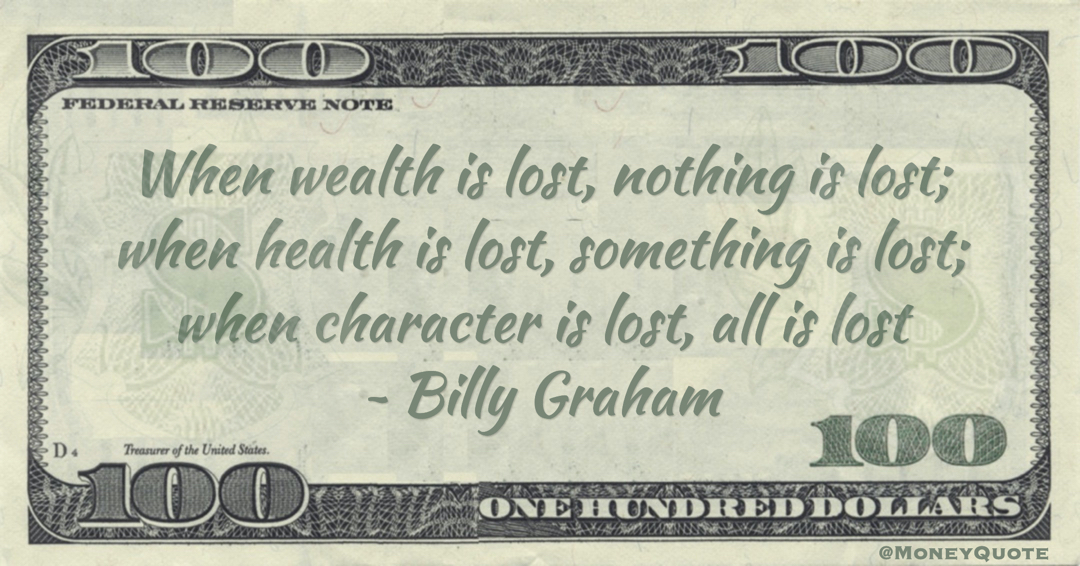 Share the Billy Graham Money quote image above on your site: