Neil Gaiman Money Quote saying there are actually people who enjoy losing money on slot machines and get carried away by bells and flashing lights. Neil Gaiman said: “The secret is this: people gamble to lose money. They come to the casinos for the moment in which they feel alive, to ride the spinning wheel and turn with the cards and lose themselves, with the coins, in the slots” — Neil Gaiman

Share the Neil Gaiman Money quote image above on your site: Tony Robbins Money Quote saying that because there are lots of risks and because of the volatility in the cryptocurrency market, investing in it is like gambling. Tony Robbins said: 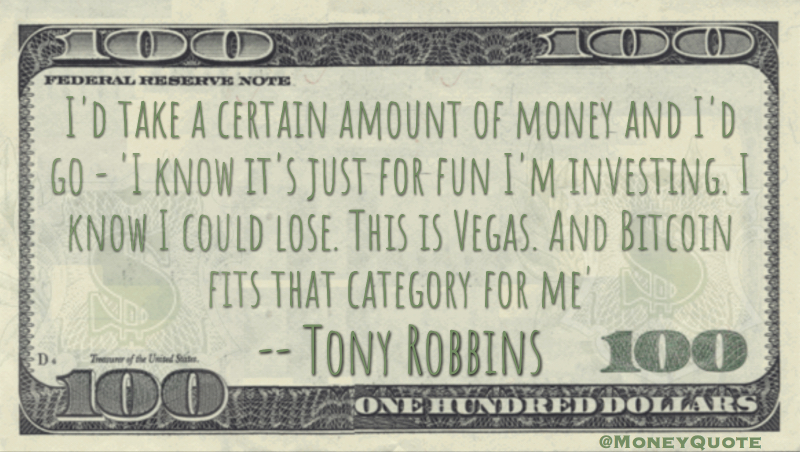 “I’d take a certain amount of money and I’d go – ‘I know it’s just for fun I’m investing. I know I could lose. This is Vegas. And Bitcoin fits that category for me'” — Tony Robbins

Share the Tony Robbins Money quote image above on your site:

Ally Mbululo Money Quote saying love is often very difficult to find and then once found, can be challenging to keep – losing loves is far more traumatic than losing a bet or an investment disappearing. Ally Mbululo said: 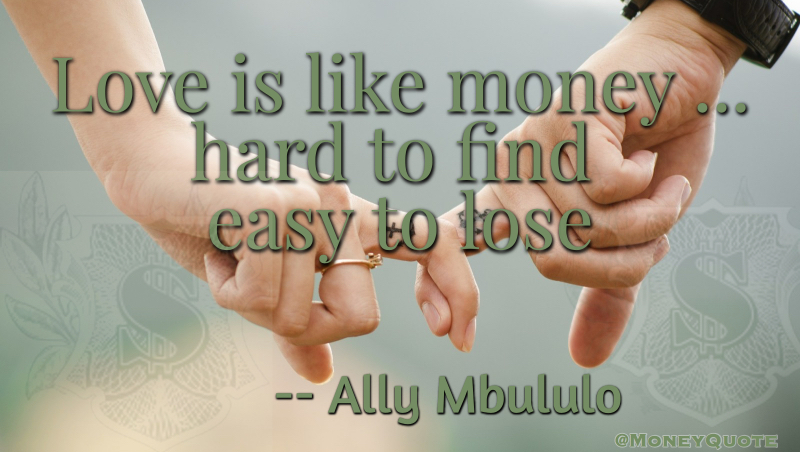 Share the Ally Mbululo Money quote image above on your site: Share the Eleanor Roosevelt Money quote image above on your site:

Edith Piaf Money Quotation saying not knowing where money goes is not the same as losing it. Edith Piaf said:

Money? How did I lose it? I never did lose it. I just never knew where it went