We sold our Congress to big money interests years ago. There is no lobbying interest on behalf of a low-paid worker. Nobody. Nobody represents them, yet somebody obviously represents Wal-Mart in Washington and McDonald’s in Washington
— Leo Hindery Jr. 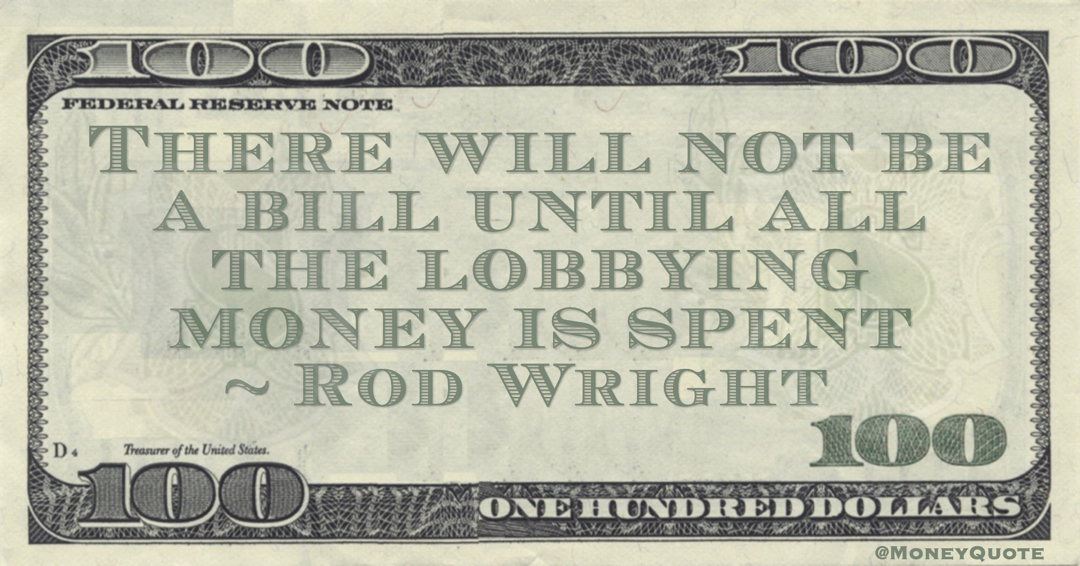 Share the Rod Wright Money quote image above on your site:

"There will not be a bill until all the lobbying money is spent," jokes Rod Wright, a former legislative stalwart for #ipoker regulations.