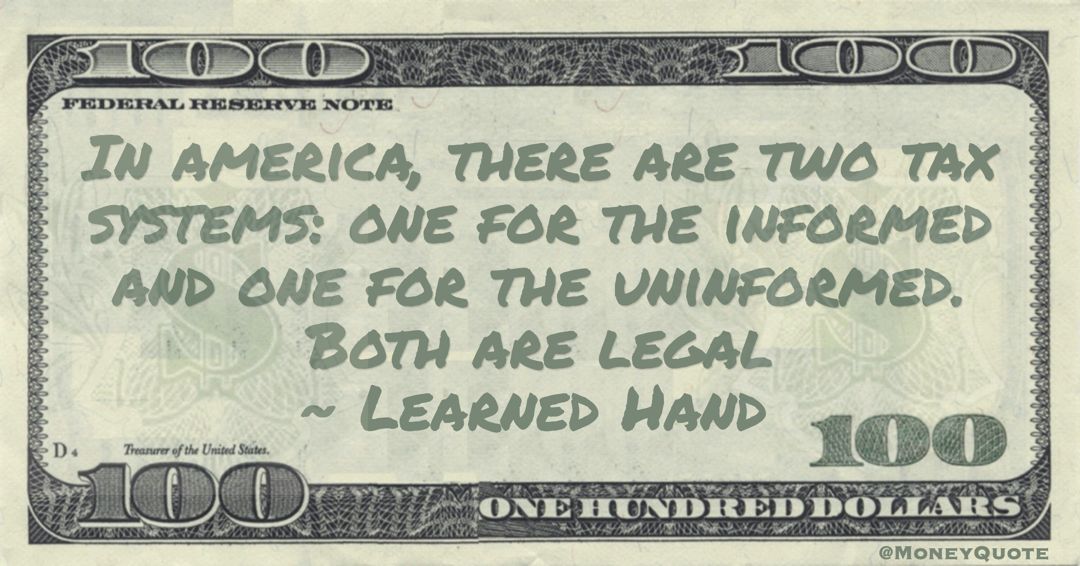 “In america, there are two tax systems: one for the informed and one for the uninformed. Both are legal” — Learned Hand

Share the Learned Hand Money quote image above on your site: