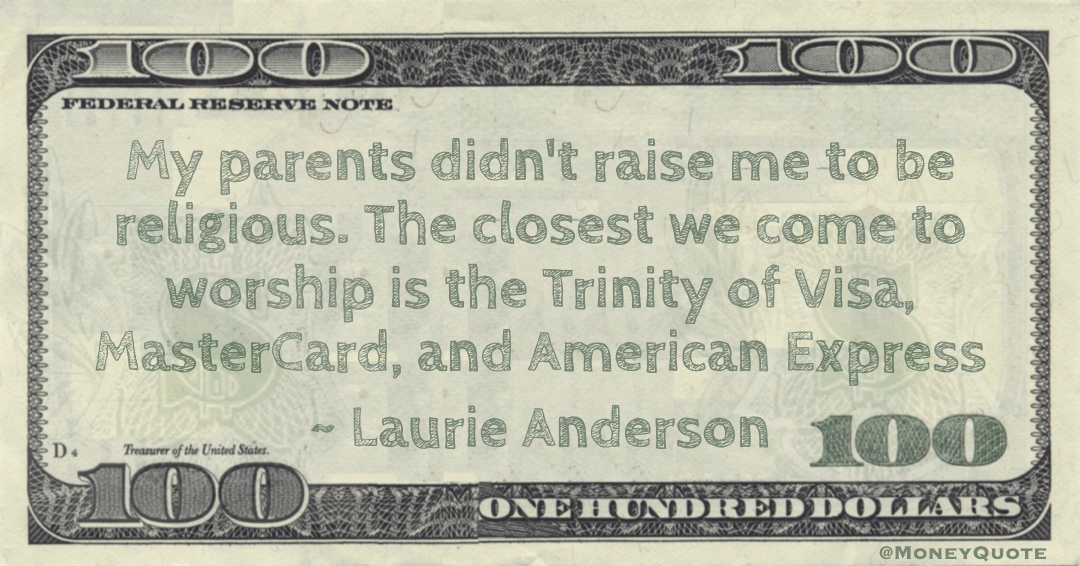 “My parents didn’t raise me to be religious. The closest we come to worship is the Trinity of Visa, MasterCard, and American Express” — Laurie Anderson

Share the Laurie Anderson Money quote image above on your site: 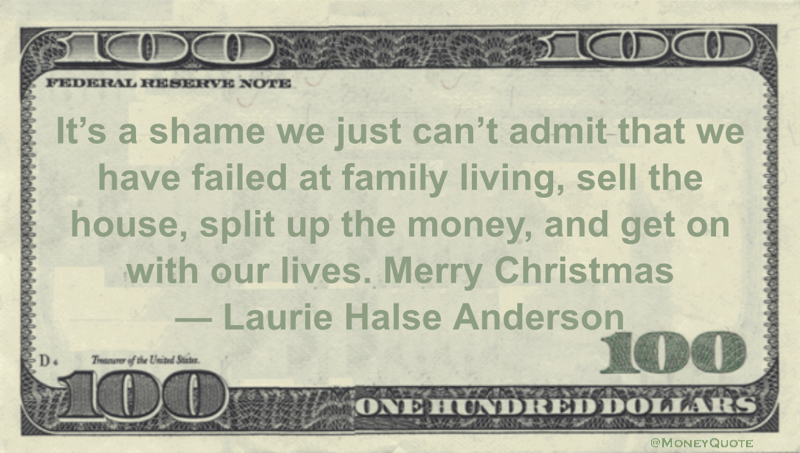 It’s a shame we just can’t admit that we have failed at family living, sell the house, split up the money, and get on with our lives. Merry Christmas” — Laurie Halse Anderson

Share the Laurie Halse Anderson Money quote image above on your site: