Martha F. Newmeyer on Take it With Me 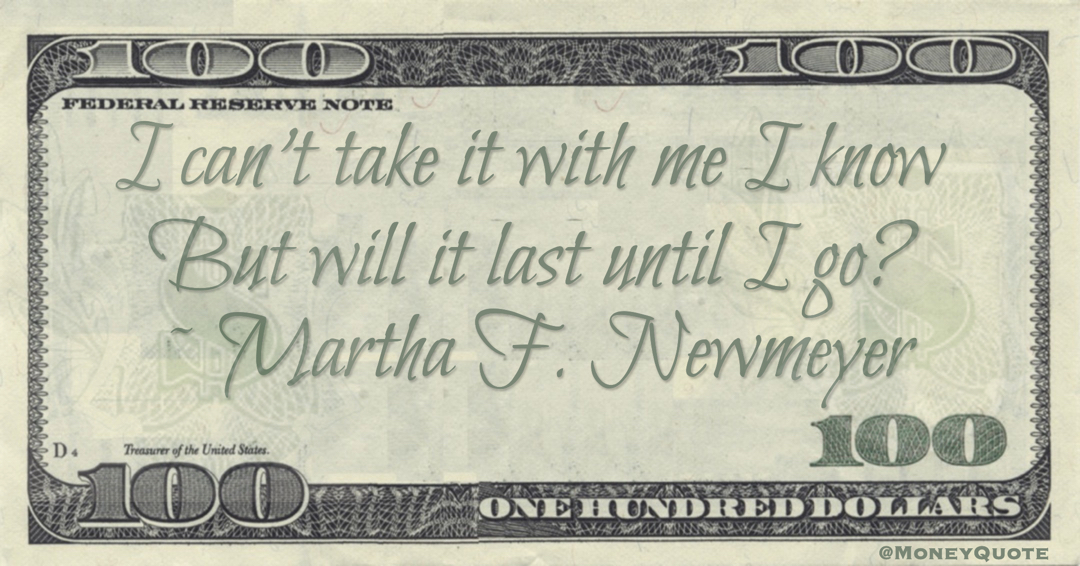 “I can’t take it with me I know But will it last until I go?” — Martha F. Newmeyer

Share the Martha F. Newmeyer Money quote image above on your site:

Evan Esar Money Quotation saying where cash originated doesn’t determine the value it has or whether you invest and save wisely. Evan Esar said: 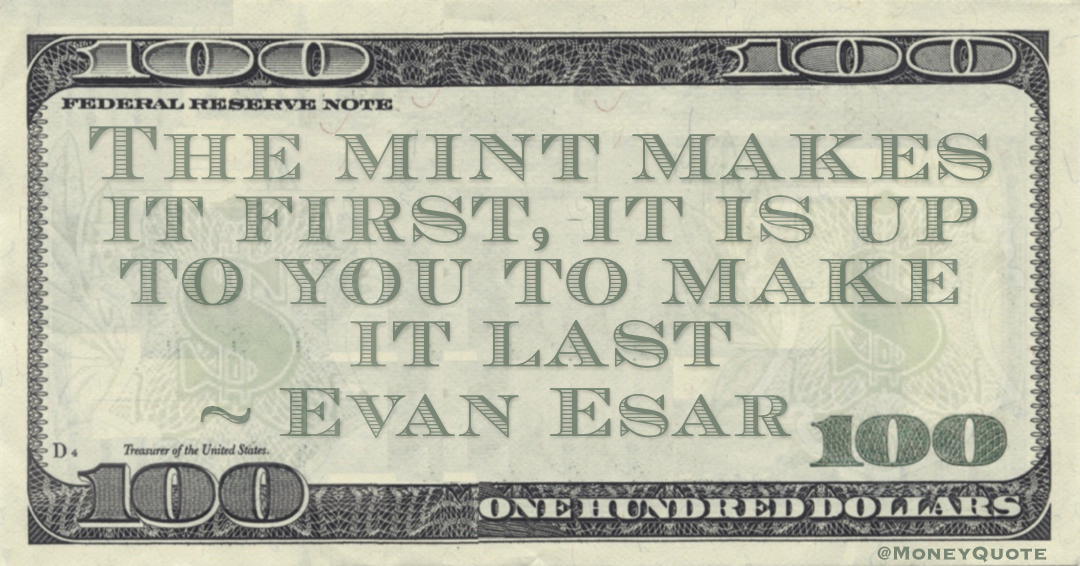 “The mint makes it first, it is up to you to make it last” — Evan Esar

Share the Evan Esar Money quote image above on your site: