Jack Ma Money Quote saying many have dreams, but few are willing to want them so much they would die to achieve them. Jack Ma said: 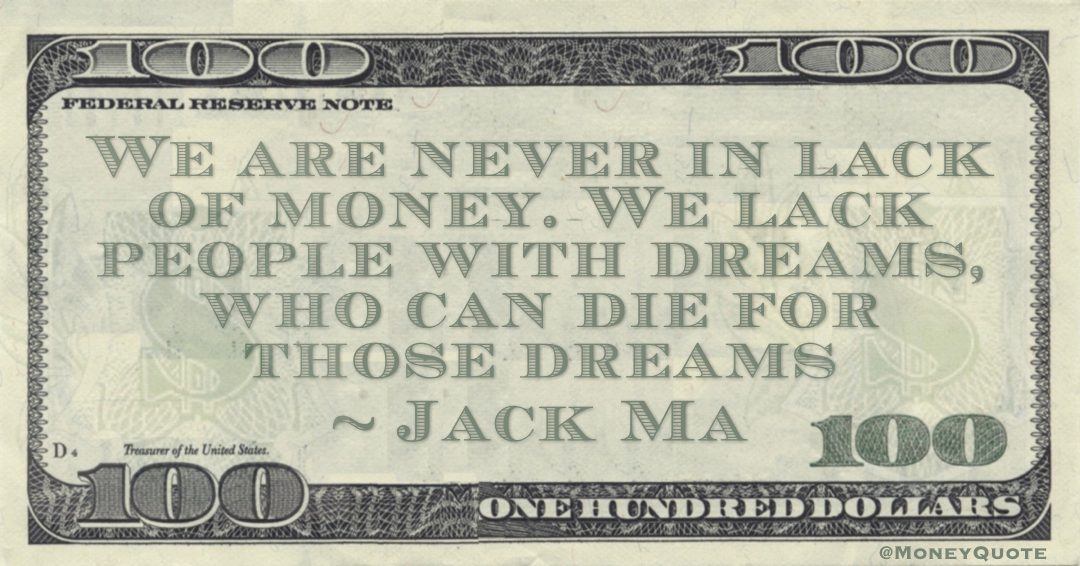 “We are never in lack of money. We lack people with dreams, who can die for those dreams” — Jack Ma

Share the Jack Ma Money quote image above on your site: 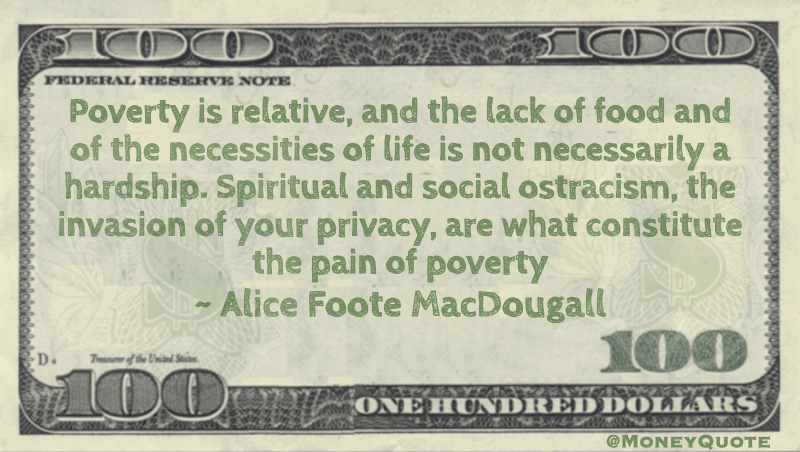 “Poverty is relative, and the lack of food and of the necessities of life is not necessarily a hardship. Spiritual and social ostracism, the invasion of your privacy, are what constitute the pain of poverty” — Alice Foote MacDougall

Share the Alice Foote MacDougall Money quote image above on your site:

Daniel Kahneman Money Quote saying we can dispute whether having money can give you happiness, but we can absolutely agree that not having it makes you miserable. Daniel Kahneman said: 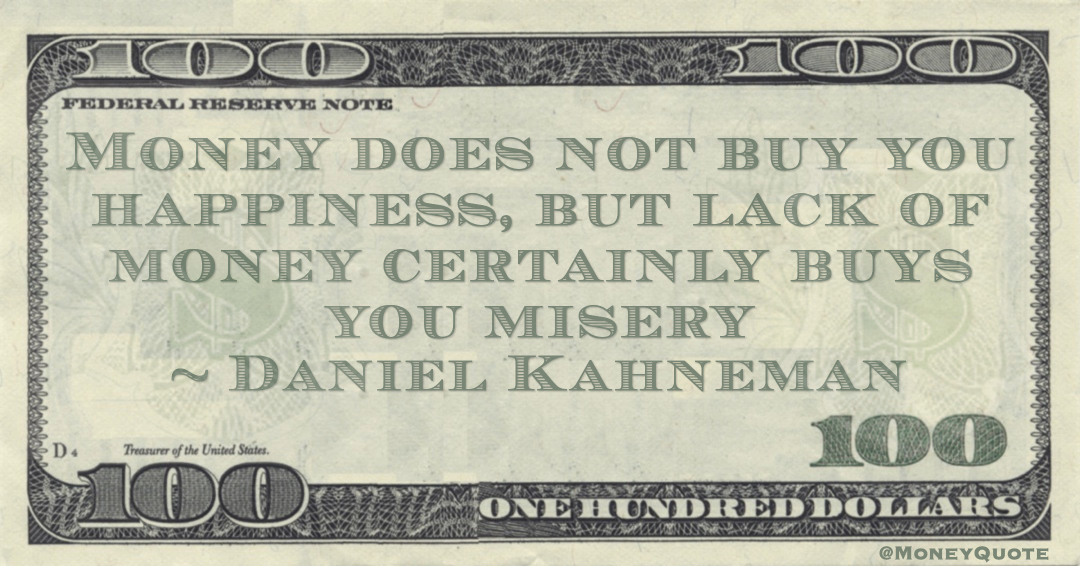 “Money does not buy you happiness, but lack of money certainly buys you misery” — Daniel Kahneman

Share the Daniel Kahneman Money quote image above on your site: 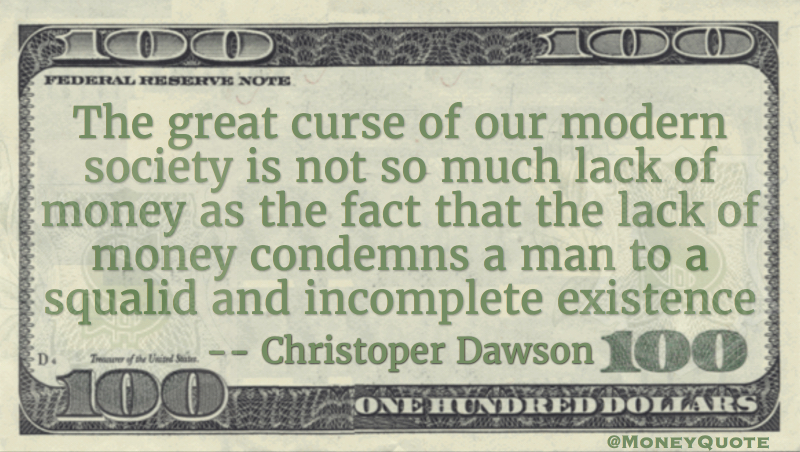 He was subject to a kind of disease, which at that time they called lack of money
— Francois Rabelais

Ken Hakuta Money Quotation saying having no ideas guarantees at least a poverty of intellect, if not a brick wall blocking opportunity. Ken Hakuta said:

Lack of money is no obstacle. Lack of an idea is an obstacle
— Ken Hakuta

Dave Ramsey Money Quotation saying managing your money is a priority if you don’t want to be managed by your money. Dave Ramsey said: