Walt Whitman Money Quotation saying do all you can for others financially and devote yourself to doing good above love of money. Walt Whitman said:

Despise riches, give alms to every one that asks, stand up for the stupid and crazy, devote your income and labor to others
— Walt Whitman

Joe Biden @VP #MoneyQuote saying our employment represents more to us than income, it offers us right to be valued and receive ethical treatment. Vice President Joe Biden said via Twitter on #laborday :

My dad used to say: Joey, a job is about a lot more than a paycheck. It’s about your dignity
— Joe Biden

"My dad used to say: Joey, a job is about a lot more than a paycheck. It’s about your dignity." -VP Biden to workers on #LaborDay

William H. Gross Money Quotation saying in his investment letter for bond fund PIMCO, that he feels guilty for earning at expense of the working man and labor. William H. Gross said:

Having gotten rich at the expense of labor, the guilt sets in and I begin to feel sorry for the less well-off

Doug Pike Money Quotation saying getting hired by unemployment is not something we aspire to unless looking for a chuckle at a bar. Doug Pike in Splattered on the Road to Wealth 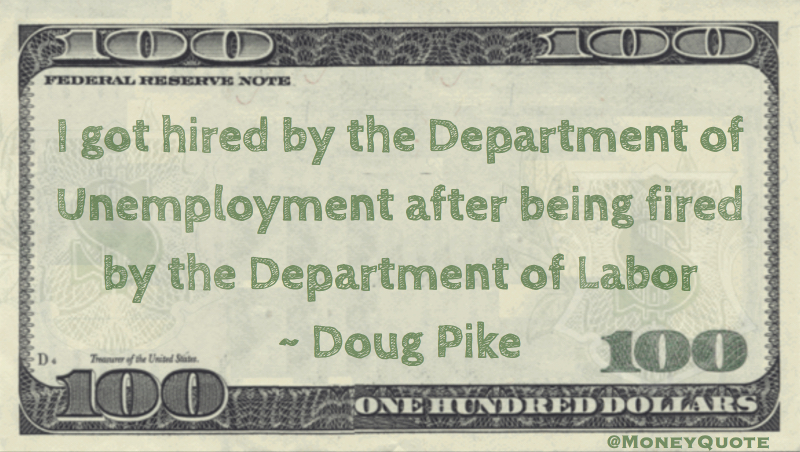 Credit has done a thousand times more to enrich mankind than all the gold mines in the world. It has exalted labor, stimulated manufacture and pushed commerce over every sea — Daniel Webster 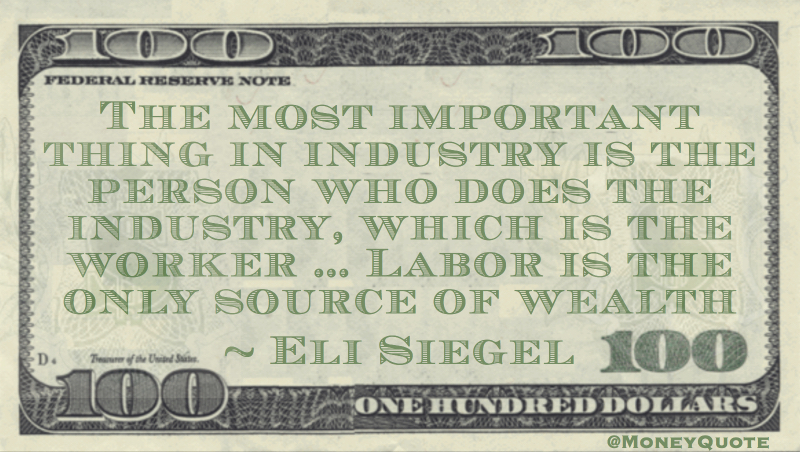 Phyllis George Money Quotation saying having cash means not having those responsibilities and tasks that we wish to avoid and can pay others to do for us. Phyllis George said:

The most popular labor-saving device is still money