Kate Sheppard Money Quote saying as a New Zealand suffragist that because women must obey the law and pay taxes, they should reasonably be expected to have a say in how they are affected by them. Kate Sheppard said: 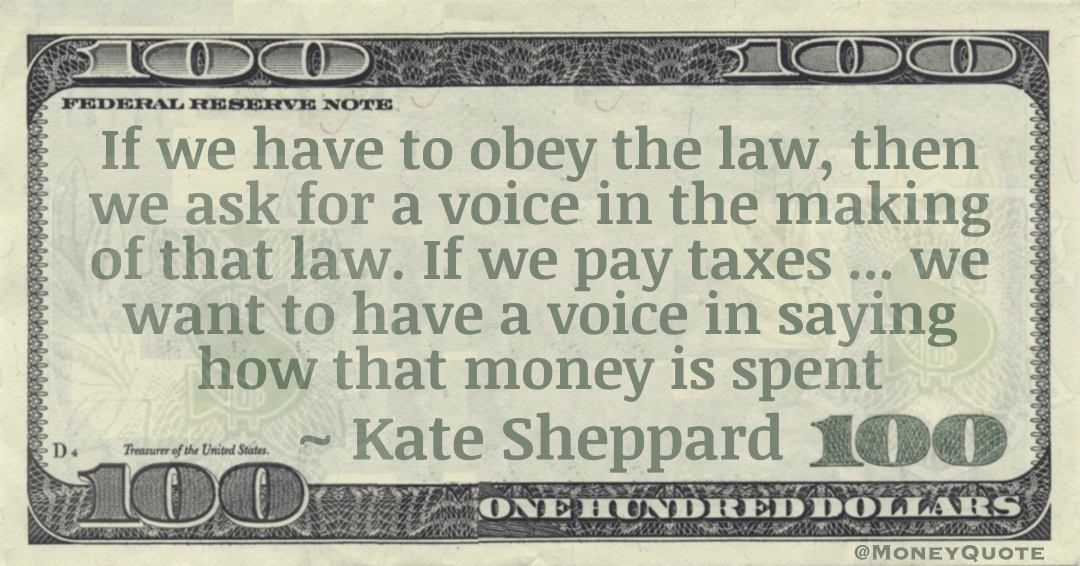 “If we have to obey the law, then we ask for a voice in the making of that law. If we pay taxes … we want to have a voice in saying how that money is spent” — Kate Sheppard

Share the Kate Sheppard Money quote image above on your site:

Sheppard pictured on NZ $10 Note, Issued in 1999 by the Reserve Bank of New Zealand