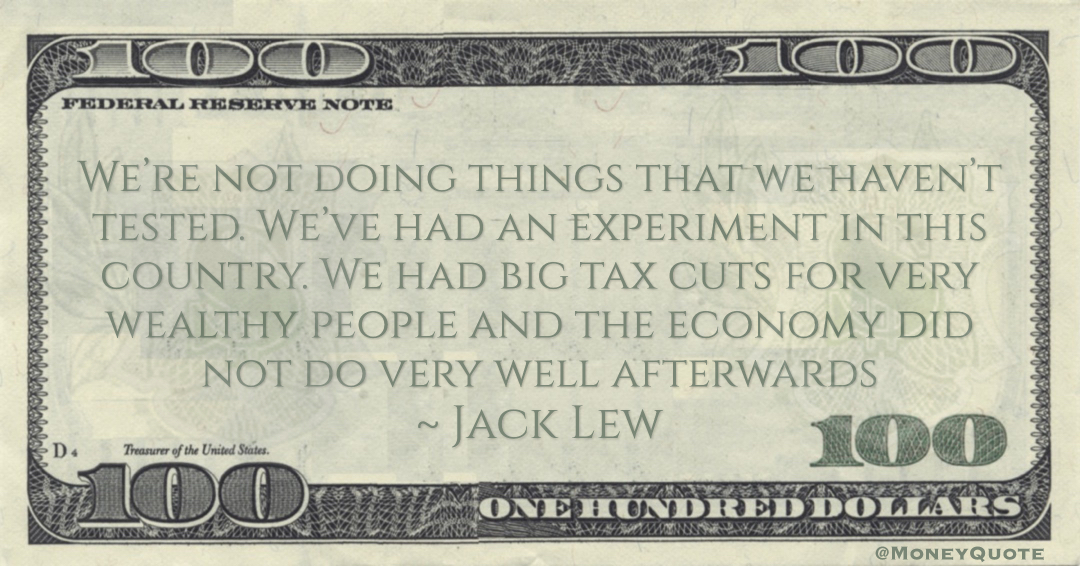 “We’re not doing things that we haven’t tested. We’ve had an experiment in this country. We had big tax cuts for very wealthy people and the economy did not do very well afterwards” — Jack Lew

Share the Jack Lew Money quote image above on your site: 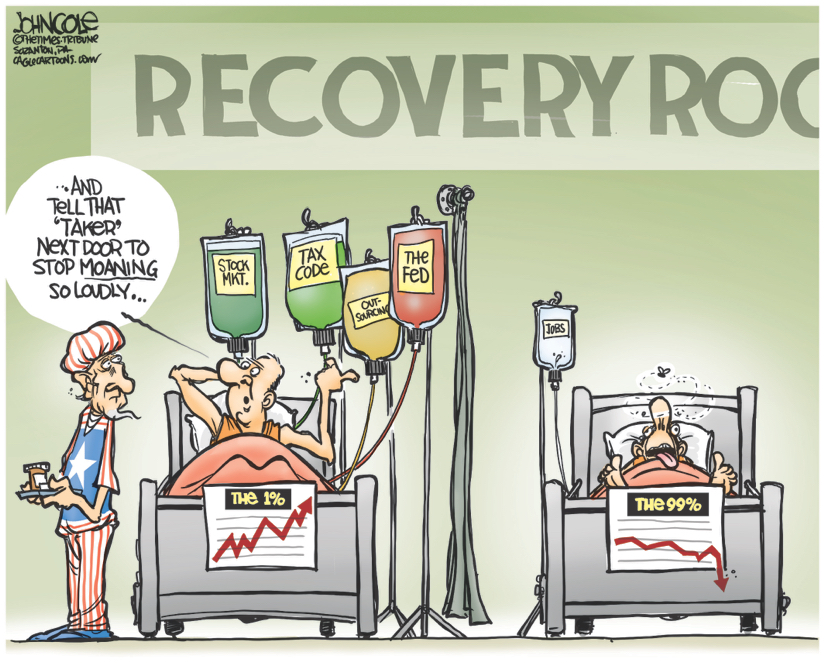