Dylan Ratigan Money Quote saying funds from the Cares Act was given inappropriately to banks and investors to acquire assets of those losing them. Dylan Ratigan said: 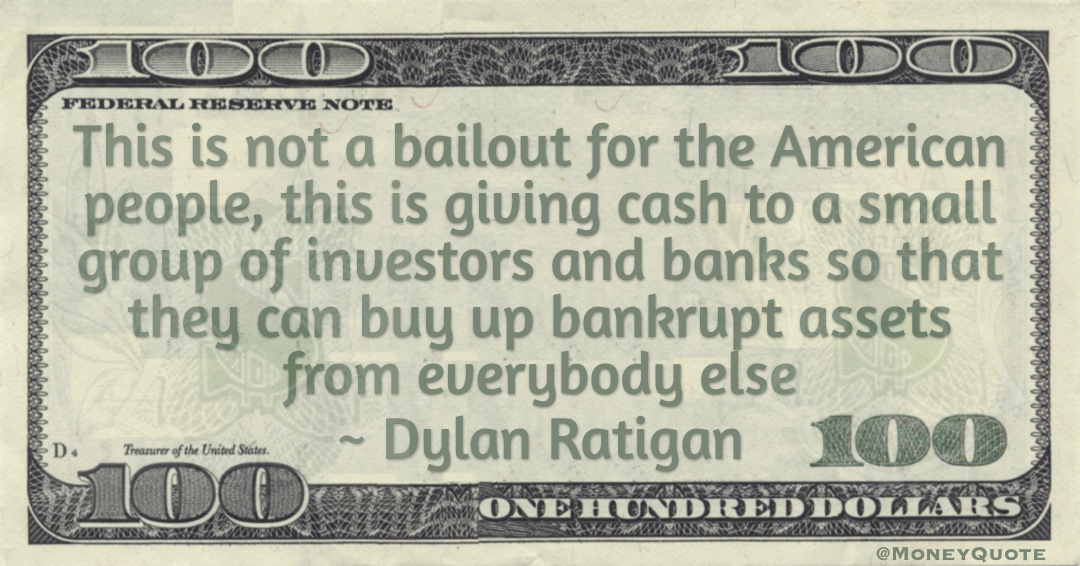 “This is not a bailout for the American people, this is giving cash to a small group of investors and banks so that they can buy up bankrupt assets from everybody else” — Dylan Ratigan

Share the Dylan Ratigan Money quote image above on your site: 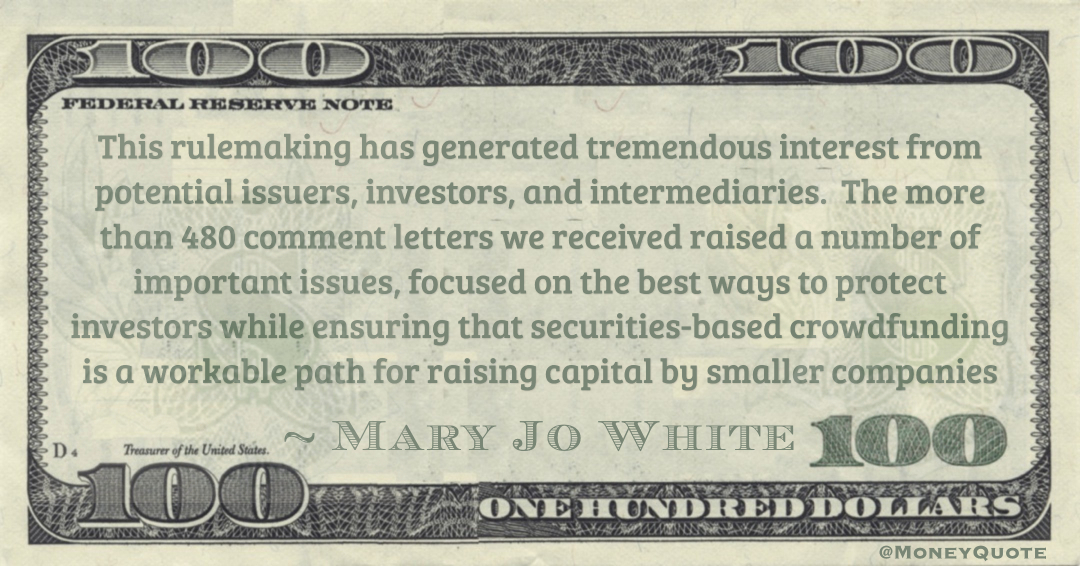 “This rulemaking has generated tremendous interest from potential issuers, investors, and intermediaries. The more than 480 comment letters we received raised a number of important issues, focused on the best ways to protect investors while ensuring that securities-based crowdfunding is a workable path for raising capital by smaller companies” — Mary Jo White

Share the Mary Jo White Money quote image above on your site: 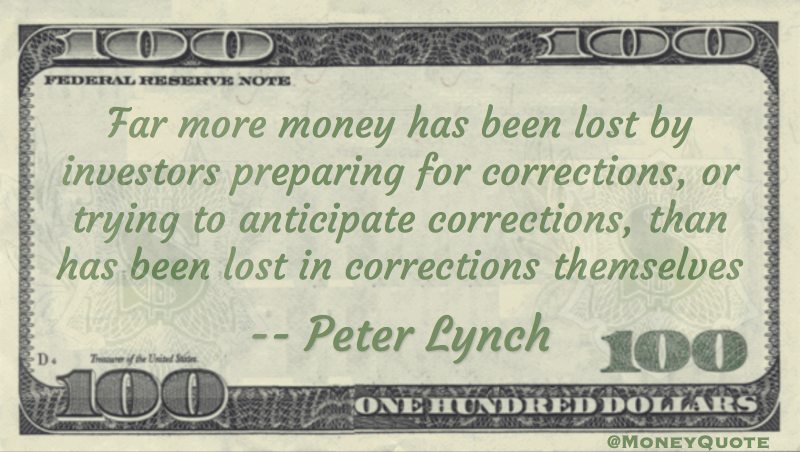 Share the Peter Lynch Money quote image above on your site:

John Bogle Money Quote saying he defines ironic as getting all when paying none in the stock market. John Bogle said: 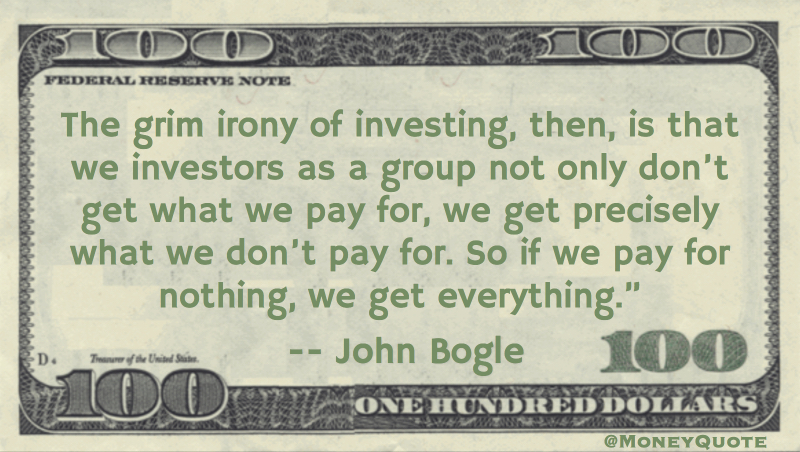 “The grim irony of investing, then, is that we investors as a group not only don’t get what we pay for, we get precisely what we don’t pay for. So if we pay for nothing, we get everything” — John Bogle

Share the John Bogle Money quote image above on your site:

I totally, totally resent the fact that the SEC (is the rest of its name “RET”?) let Charles Schwab plead out to a deal that repaid innocent money market investors about ten cents on the dollar
— Elayne Boosler

Whales only get harpooned when they come to the surface, and turtles can only move forward when they stick their neck out, but investors face risk, no matter what they do
— Charles A. Jaffe

Bill Maher Money Quotation saying conservatives in government created an entirely new Jesus that reflects their own values and justify their own views. Bill Maher said:

A small businessman from Galilea, whose main gripe is big government and who wants to make Nazareth great again. I call him Supply Side Jesus: He’d love to help the less fortunate, but he’s got investors to think about.
— Bill Maher