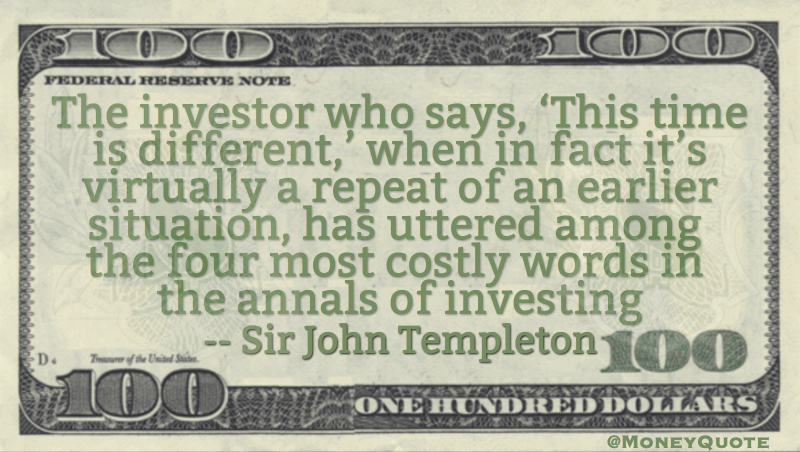 “The investor who says, ‘This time is different,’ when in fact it’s virtually a repeat of an earlier situation, has uttered among the four most costly words in the annals of investing” — Sir John Templeton

Share the Sir John Templeton Money quote image above on your site: 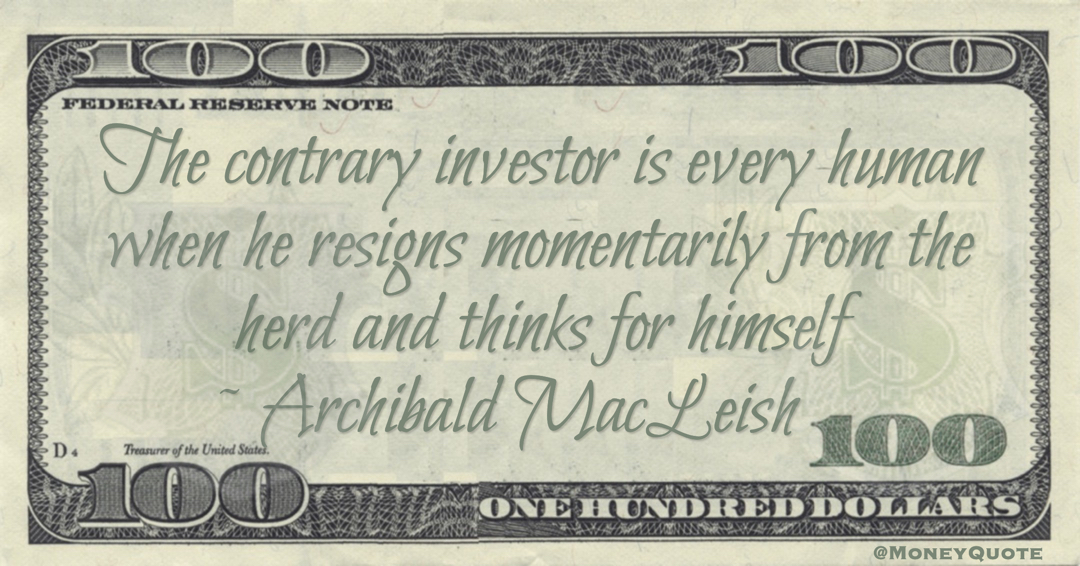 Share the Archibald MacLeish Money quote image above on your site:

Warren Buffett Money Quotation shows his belief that personality traits matter more than intelligence when it comes to investor success – especially the need to move money with the whim of the crowds.

The most important quality for an investor is temperament, not intellect… You need a temperament that neither derives great pleasure from being with the crowd or against the crowd
— Warren Buffett