Marissa Mayer: Work for Believer in You

Marissa Mayer Money Quotation saying find an employer who believes in their people will invest in their employees. Marissa Mayer said: 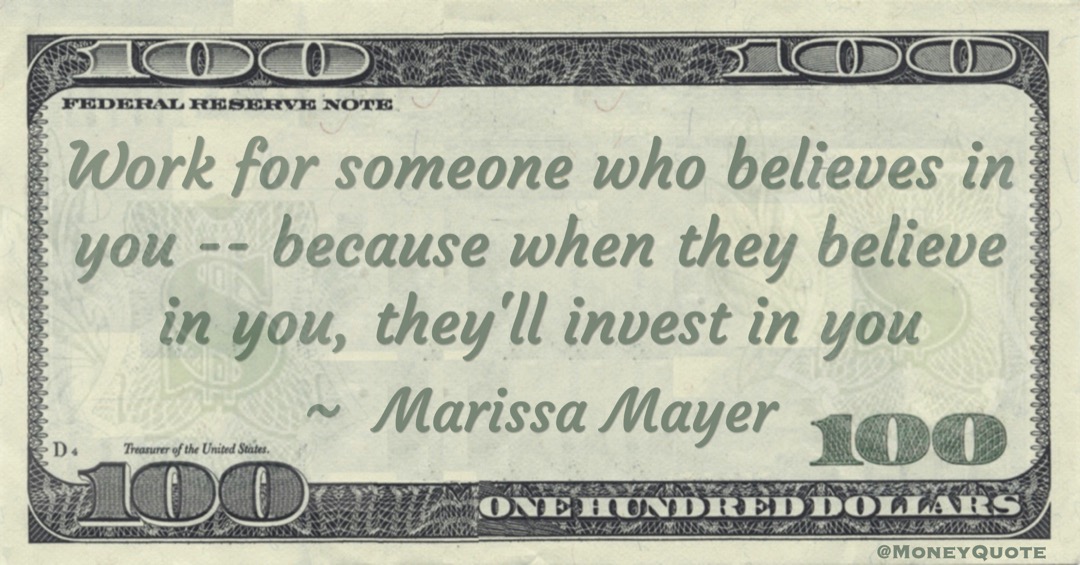 “Work for someone who believes in you — because when they believe in you, they’ll invest in you” — Marissa Mayer

Share the Marissa Mayer Money quote image above on your site:

Americans understand that building a prosperous future isn’t free. They want us to invest carefully and prudently, sharply aware that Congress spends the people’s money

It is not my duty to spend my money in my country, but it is what I want to do. There is nowhere else I would like to invest — Haile Gebrselassie

H.W. Lewis on Earning a Place in the Future

H.W. Lewis Money Quotation saying the ability to build futures comes only to those who can see their place on the horizon. H.W. Lewis said:

Gold is a money that governments don’t print. It’s a way to hold value when there is nothing to invest in because it stores value the way money is supposed to

Warren Buffet Money Quotation saying Leadership roles change and leaders can go from good to bad, so putting money into companies should be based on the business rather than the leader. Warren Buffett said:

You should invest in a business that even a fool can run, because someday a fool will