Sheryl Sandberg Money Quote saying that investing in employees the needs of workers has a payback in loyalty from those workers. Sheryl Sandberg said: “I think we’re shortsighted when we don’t invest in our employees as companies, and as an economy, because we invest in them and they invest back in us” — Sheryl Sandberg

Share the Sheryl Sandberg Money quote image above on your site: [ctt template=”12″ link=”d937t” via=”no” ]Great dad. Yeah, he would ask me for money on birthdays and, you know, inappropriate times. And I just wrote him off like, ‘You’re not a father.’ I just learned you cannot emotionally invest in people who are not attainable” — Drew Barrymore[/ctt]

Share the Drew Barrymore Money quote image above on your site:

Warren Buffett Money Quote saying the wealthy realize that their time is worth far more than dollars and invest time wisely. The poor prefer money to time and waste their time getting money. Warren Buffett said: “The rich invest in time, the poor invest in money” — Warren Buffett

Matt Patsky Money Quote saying all investment decisions have either an effect of good or a bad effect and the same is true of daily spending. Matt Patsky said: 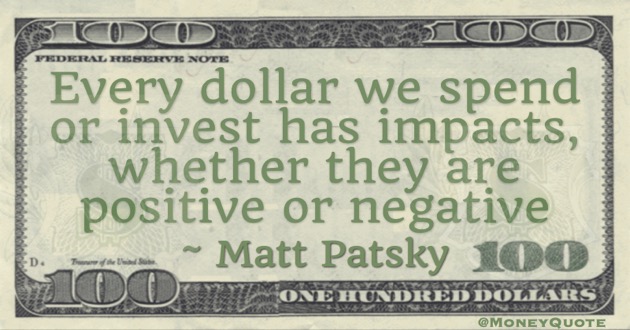 “Every dollar we spend or invest has impacts, whether they are positive or negative” — Matt Patsky

Share the Matt Patsky Money quote image above on your site:

Warren Buffett: Invest in Self Improvement

Warren Buffett Money Quote saying when we improve ourselves, it is like investing in our future selves and should be a priority. Warren Buffett said: 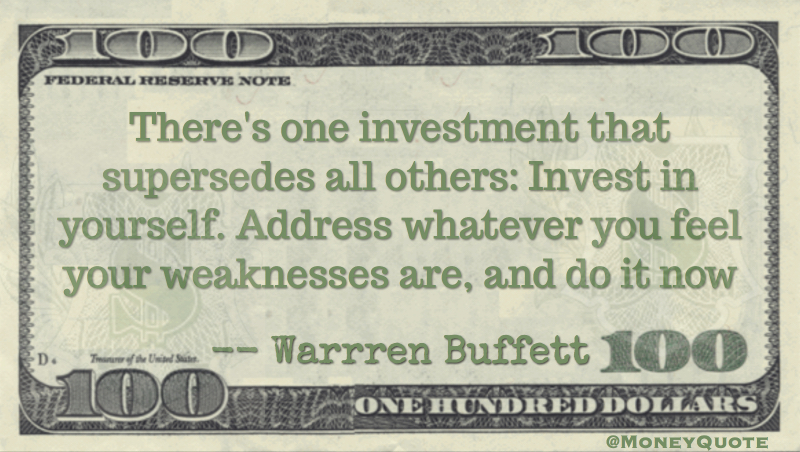 “There’s one investment that supersedes all others: Invest in yourself. Address whatever you feel your weaknesses are, and do it now” — Warren Buffett

Corporations have money coming out of their ears, they’ve got huge profits. But they don’t want to spend it, they don’t want to invest it. They would rather profit from it. Financial institutions don’t produce anything, they just shift money around and make money from various deals
— Noam Chomsky

I have introduced legislation that would invest $1 trillion over 5 years to modernize our country’s physical infrastructure. This would create and maintain at least 13 million good-paying jobs
— Bernie Sanders