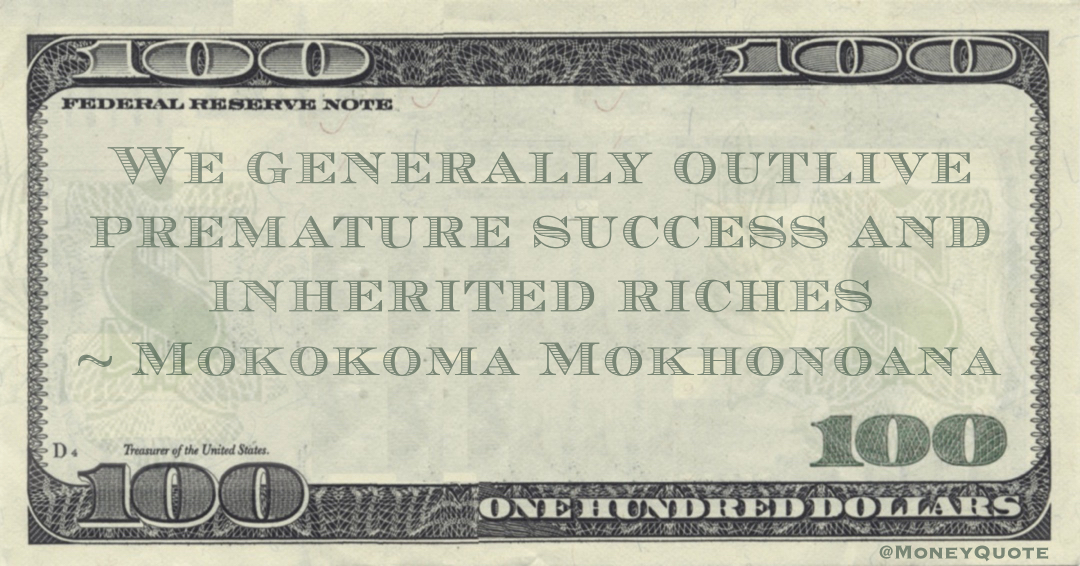 Kylie Jenner Money Quote saying her wealthy parents told her she needed to learn to support herself. Kylie Jenner said: 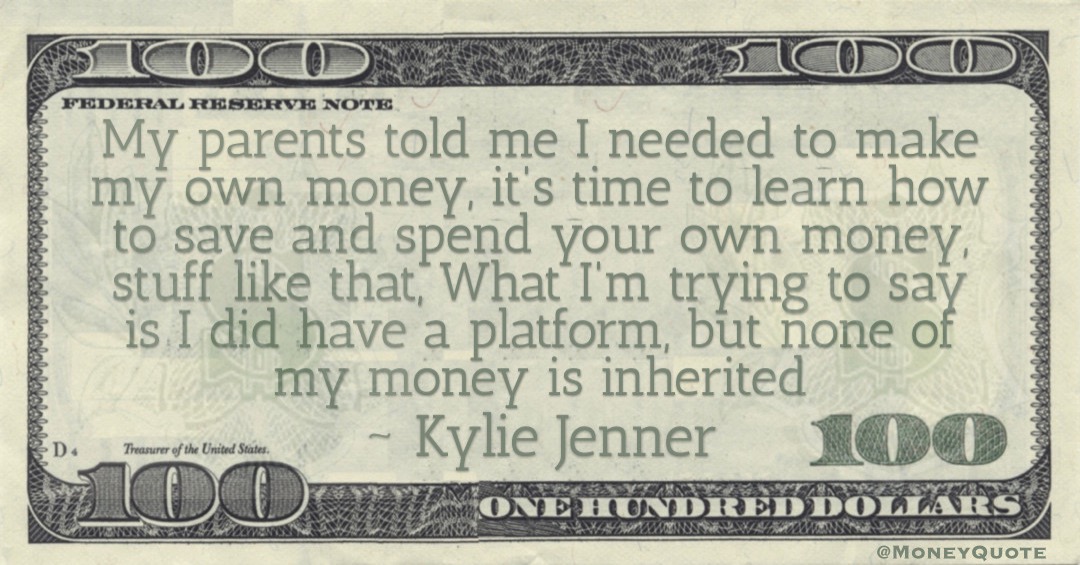 “My parents told me I needed to make my own money, it’s time to learn how to save and spend your own money, stuff like that, What I’m trying to say is I did have a platform, but none of my money is inherited” — Kylie Jenner

Share the Kylie Jenner Money quote image above on your site:

Ogden Nash Funny Money Quote saying if one deserves their wealth, then it must not be an inheritance that brought it to them. Ogden Nash said: 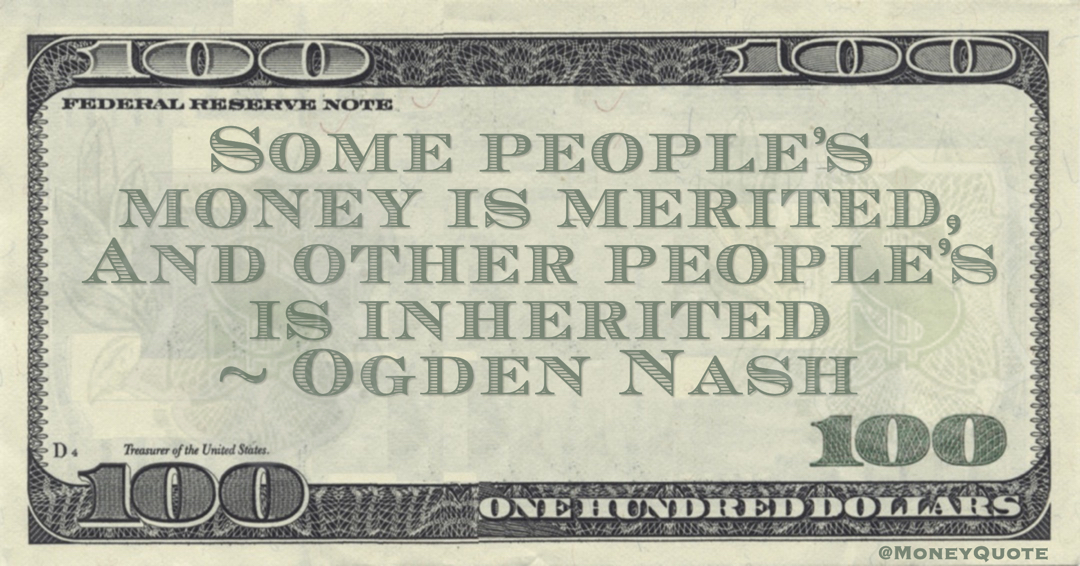 “Some people’s money is merited, And other people’s is inherited” — Ogden Nash