Thomas Sowell Money Quote saying conservatives are more generous with their money than liberals and give more to charity. Thomas Sowell said: 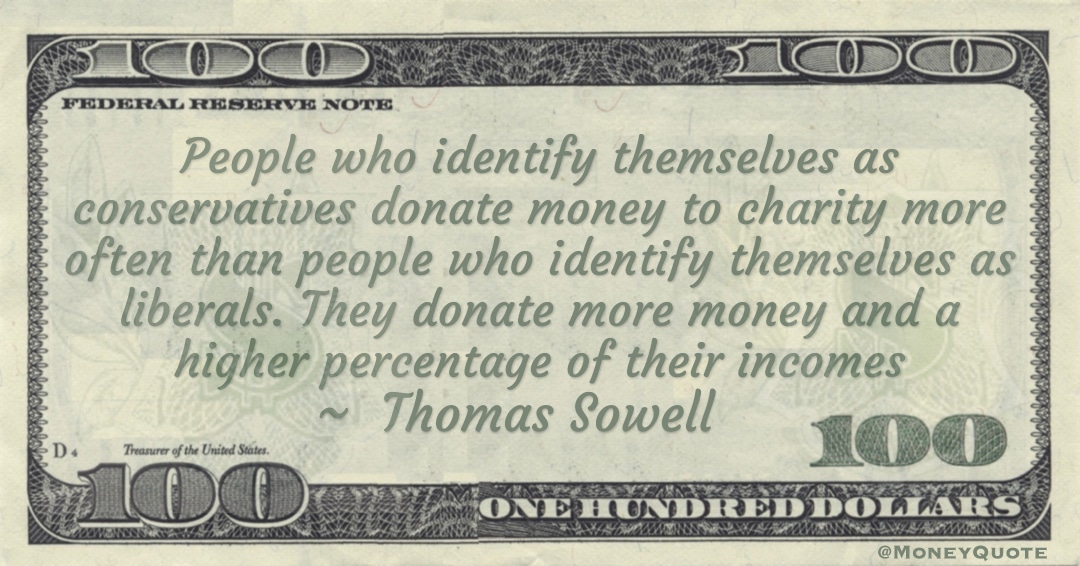 Share the Thomas Sowell Money quote image above on your site: 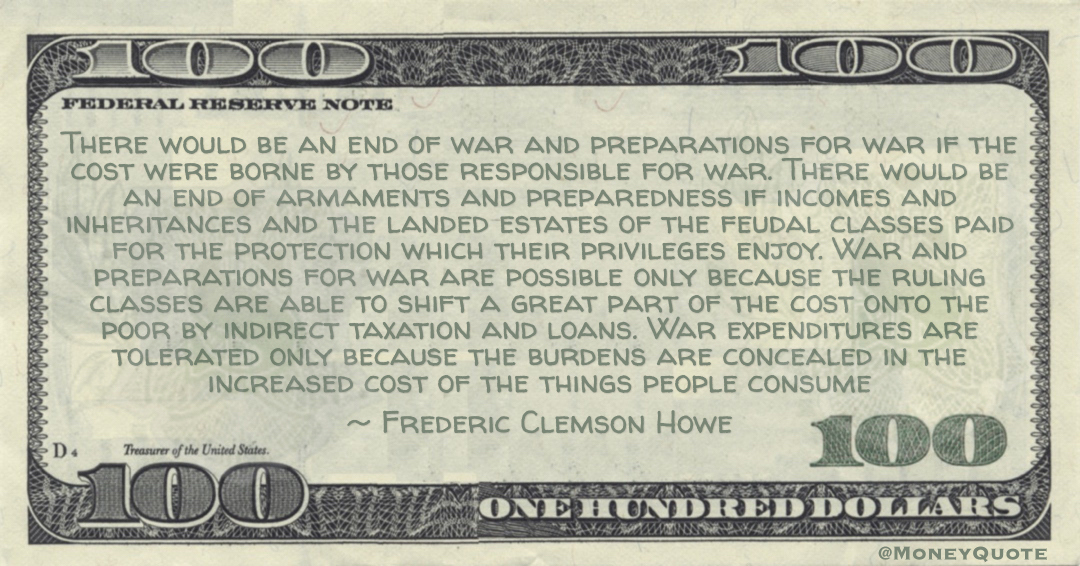 “There would be an end of war and preparations for war if the cost were borne by those responsible for war. There would be an end of armaments and preparedness if incomes and inheritances and the landed estates of the feudal classes paid for the protection which their privileges enjoy. War and preparations for war are possible only because the ruling classes are able to shift a great part of the cost onto the poor by indirect taxation and loans. War expenditures are tolerated only because the burdens are concealed in the increased cost of the things people consume” — Frederic Clemson Howe

Share the Frederic Clemson Howe Money quote image above on your site: