Ron Dellums Money Quote saying it’s an honor to be known as a champion for humanitarian causes and ending poverty. Ron Dellums said: 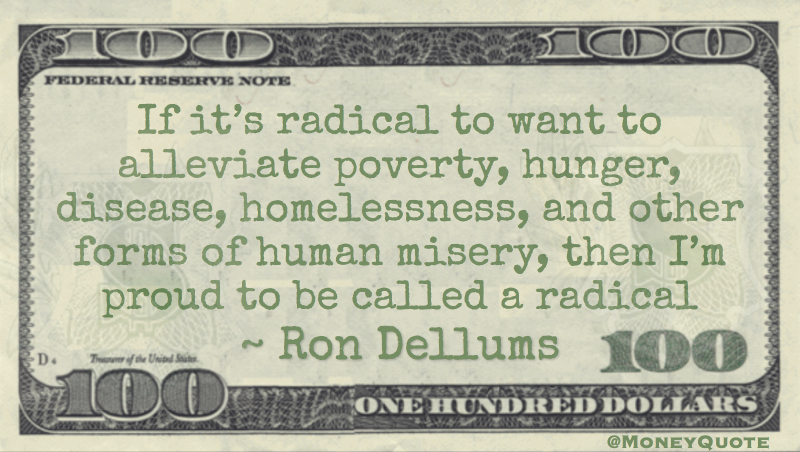 “If it’s radical to want to alleviate poverty, hunger, disease, homelessness, and other forms of human misery, then I’m proud to be called a radical” — Ron Dellums

Share the Ron Dellums Money quote image above on your site:

Mother Teresa Money Quote saying hunger for positive human interaction is another form of poverty suffered by those without money. Mother Teresa said: 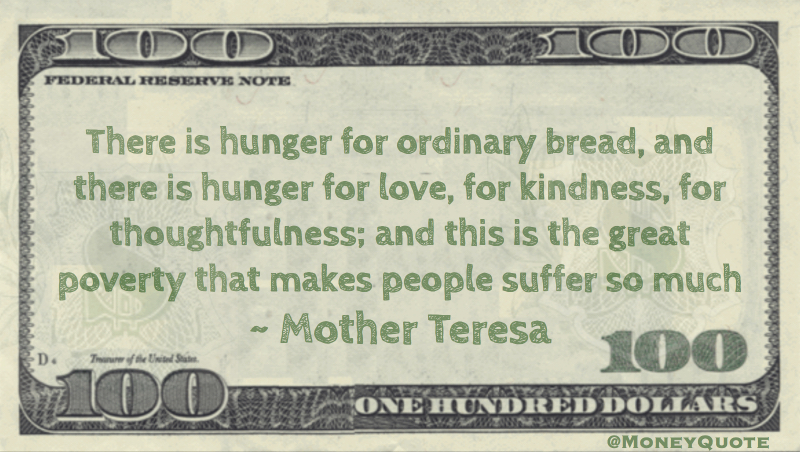 Share the Mother Teresa Money quote image above on your site: