Humphrey Bogart Money Quote saying the sole reason to have substantial dough is to be able to dismiss those who believe they have some power over you. Humphrey Bogart said: 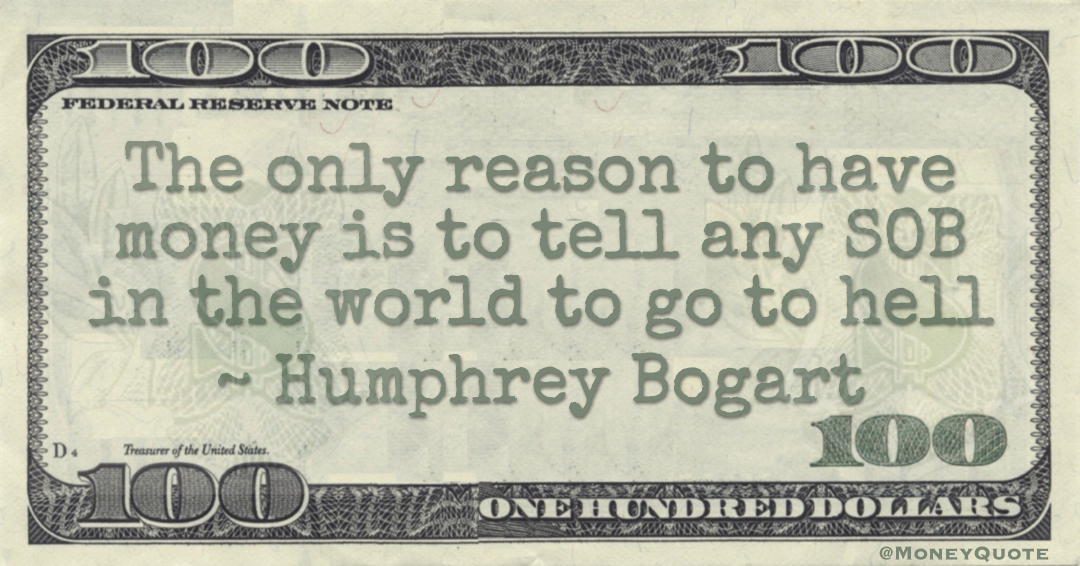 Share the Humphrey Bogart Money quote image above on your site:

The only point in making money is, you can tell some big shot where to go