Hillary Clinton Money Quote saying in her book ‘What Happened’ that UBI makes sense to her and she considered running on that concept. Hillary Clinton said: 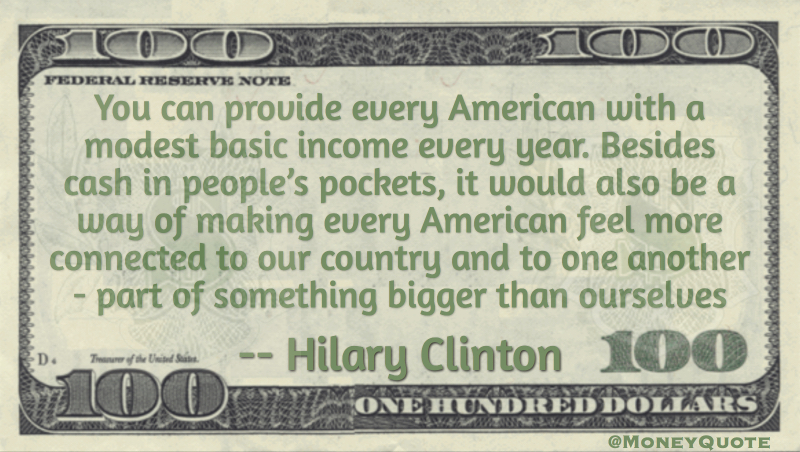 “You can provide every American with a modest basic income every year. Besides cash in people’s pockets, it would also be a way of making every American feel more connected to our country and to one another – part of something bigger than ourselves” — Hillary Clinton

I want to raise the national minimum wage. People who work full-time should not be on the poverty line
— Hillary Clinton

I will appoint justices … who will protect a woman’s right to choose, rather than billionaires’ right to buy elections
— Hillary Clinton

Inequality between working Americans and those at the top is starker than ever, the Supreme Court has given the wealthiest Americans even greater power to affect what happens in our democracy
— Hillary Clinton

Now the idea, I believe, that money is speech turns our Constitution upside down. Wealth should not be privileged in the courts – in fact, it should have no privilege
— Hillary Clinton