Gustave Eiffel Money Quote saying in a seemingly cavalier way that there is an average number of lives lost to building major projects. Gustave Eiffel said: 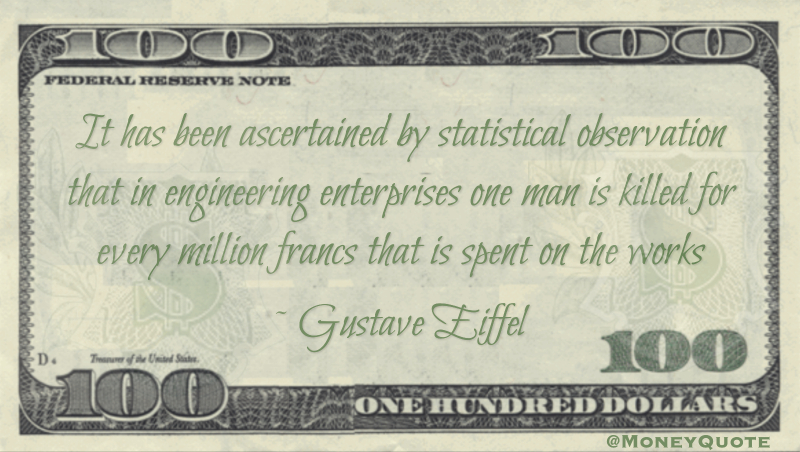 Share the Gustave Eiffel Money quote image above on your site:

“It has been ascertained by statistical observation that in engineering enterprises one man is killed for every million francs that is spent on the works… In building the Eiffel Tower, which was a construction costing six million and a half, we only lost four men, thus remaining below the average” — Gustave Eiffel