Henry Ford Money Quote saying we are all unmasked by money – rarely changed, rather our disguise is removed. Henry Ford said: 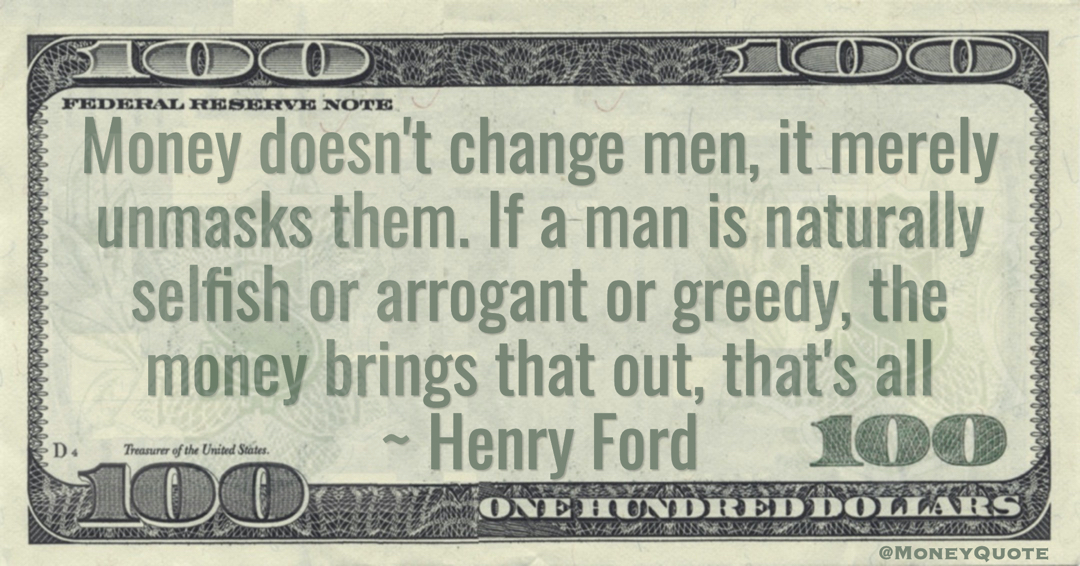 “Money doesn’t change men, it merely unmasks them. If a man is naturally selfish or arrogant or greedy, the money brings that out, that’s all” — Henry Ford 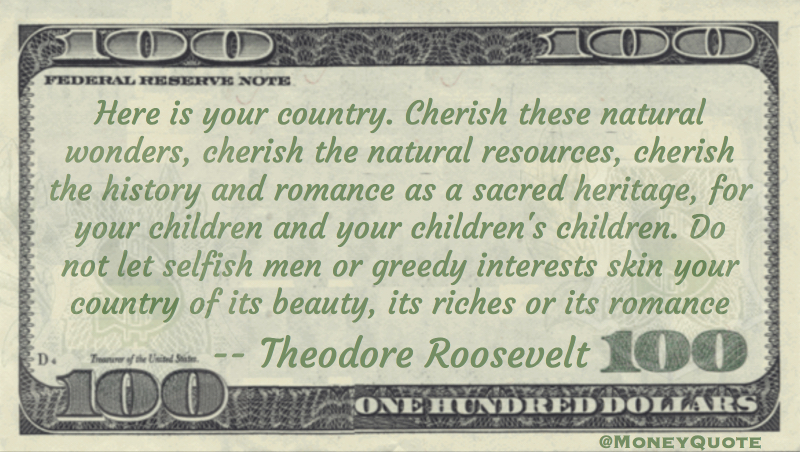 Tony Kornheiser Money Quote saying in a humor column in the Washington Post, reprinted by LA Times in 1989, poking fun at Donald Trump for shameless self promotion. Tony Kornheiser said: 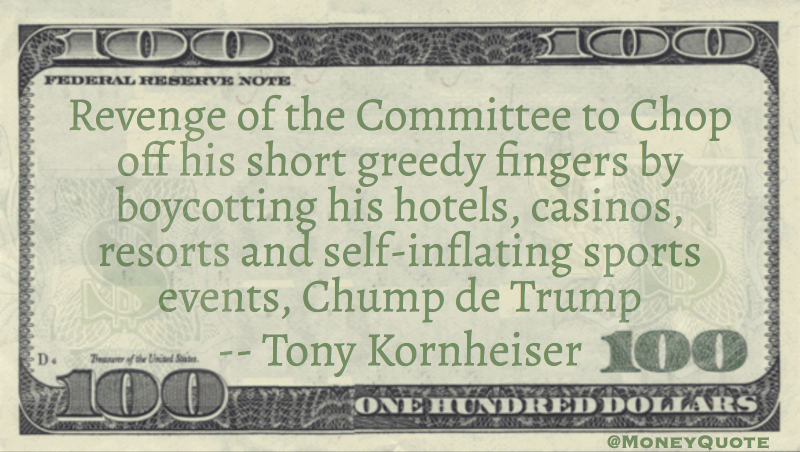 Revenge of the Committee to Chop off his short greedy fingers by boycotting his hotels, casinos, resorts and self-inflating sports events, Chump de Trump
— Tony Kornheiser 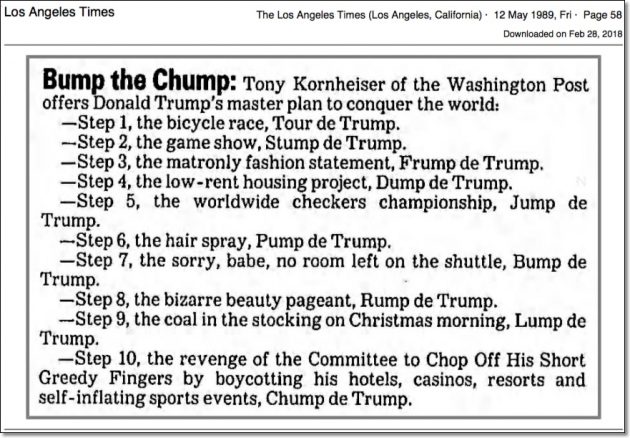 Suzy Kassem Money Quote saying those with wealth can always find ways to entice those without it to do their bidding and to fight their war as long as the poor are seduced by cash. Suzy Kassem said: 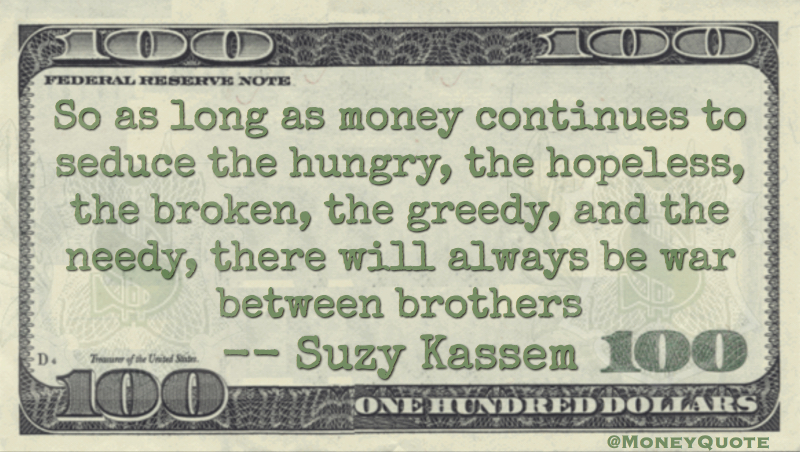 “So as long as money continues to seduce the hungry, the hopeless, the broken, the greedy, and the needy, there will always be war between brothers” — Suzy Kassem

Share the Suzy Kassem Money quote image above on your site: 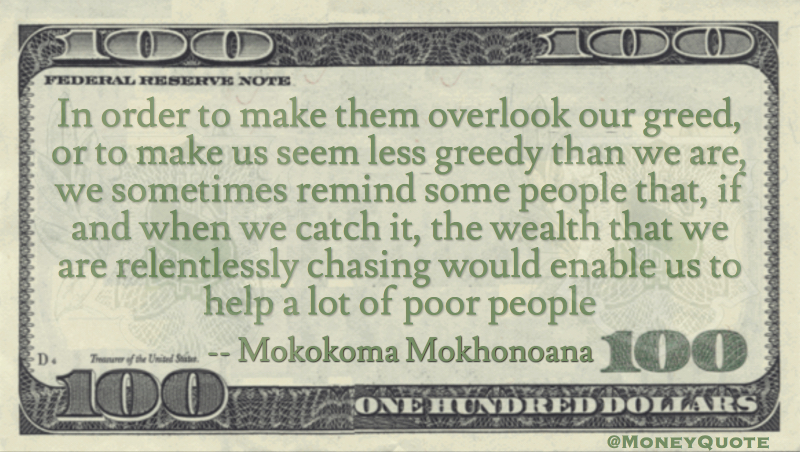 “In order to make them overlook our greed, or to make us seem less greedy than we are, we sometimes remind some people that, if and when we catch it, the wealth that we are relentlessly chasing would enable us to help a lot of poor people” — Mokokoma Mokhonoana

Cicero Money Quote saying wealth is more a state of mind than of what possessions can be counted. Cicero said:

Wealth is not defined by the valuation of the census, but by habit and mode of life: not to be greedy is wealth; not to be extravagant is revenue. Above all things, to be content with what we possess is the greatest of all riches
— Cicero