Louis Brandeis Money Quotation saying it is more efficient to take other people’s golden eggs than to wait for yours to be laid by the goose. Louis Brandeis said:

The goose that lays golden eggs has been considered a most valuable possession. But even more profitable is the privilege of taking the golden eggs laid by somebody else’s goose. The investment bankers and their associates now enjoy that privilege
— Louis Brandeis (1913)

Funny Money Quotes: Power and wealth seem abide in the same individual more often than not – so we tend to easily cede decisions to the richest person in the room. Mr T said: 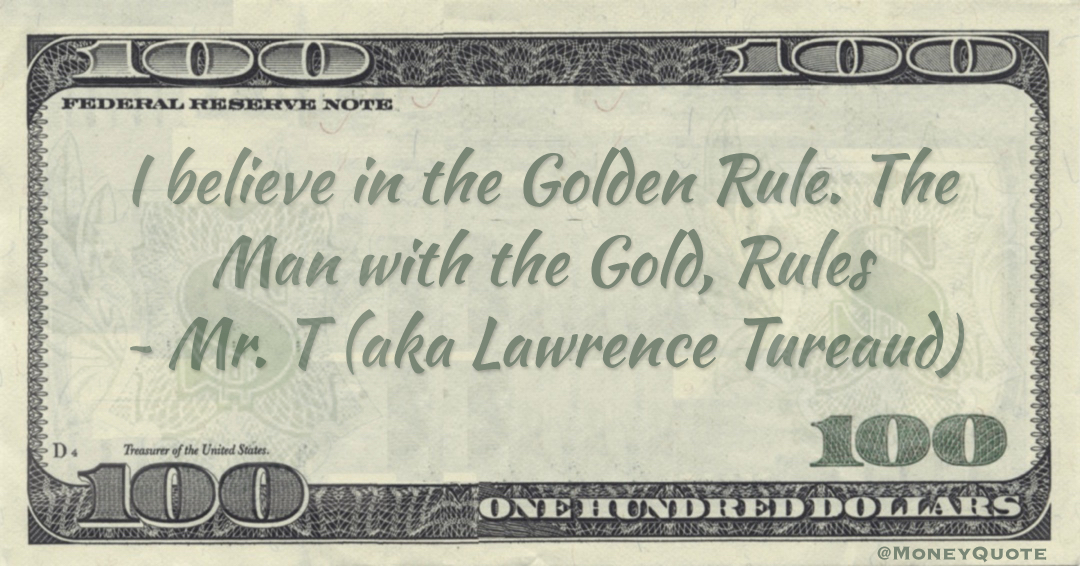 “I believe in the Golden Rule. The Man with the Gold, Rules” — Mr. T (aka Lawrence Tureaud)

Share the Mr. T (aka Lawrence Tureaud) Money quote image above on your site: