Goethe Money Quote saying our capabilities are vastly extended when we have money to purchase what otherwise would not be possible for us. Goethe said:

What I am and am capable of is by no means determined by my individuality. I am ugly, but I can buy for myself the most beautiful of women. Therefore I am not ugly, for the effect of ugliness – its deterrent power – is nullified by money
— Goethe

Johann Wolfgang von Goethe Money Quote saying those who have money also have that which it can buy – which makes the owner of the funds, the owner of those properties they could potentially purchase. Goethe said:

That which is for me through the medium of money – that for which I can pay (i.e., which money can buy) – that am I myself, the possessor of the money. The extent of the power of money is the extent of my power. Money’s properties are my – the possessor’s – properties and essential powers
— Goethe

Goethe on Running Out of Cash

Johann Wolfgang von Goethe Money Quotation saying we often don’t care that our cash is running out until is is almost gone and think nothing of time until it runs out. Goethe said: 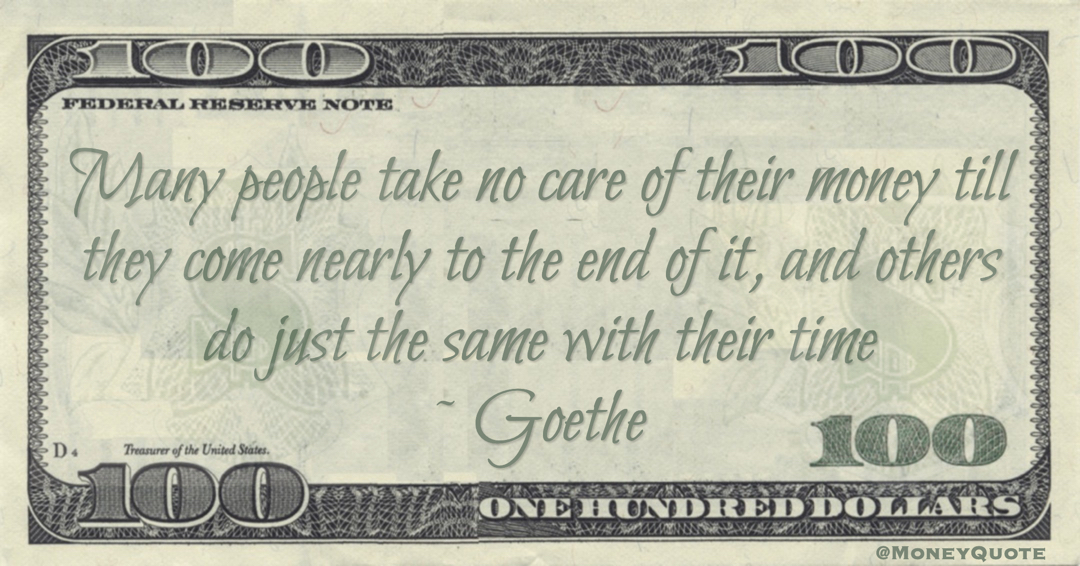 “Many people take no care of their money till they come nearly to the end of it, and others do just the same with their time” — Goethe

Share the Goethe Money quote image above on your site: