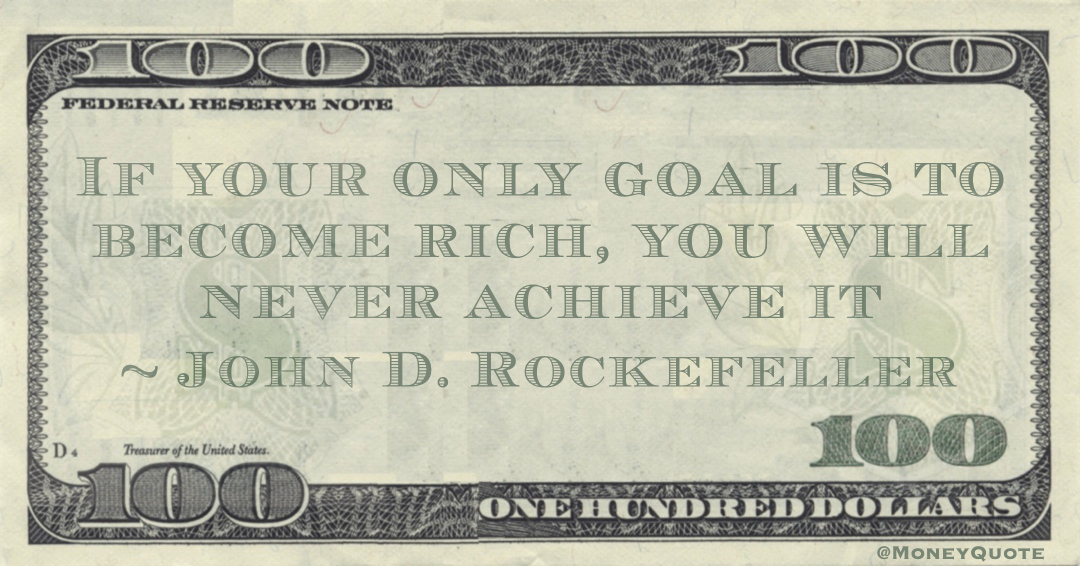 “If your only goal is to become rich, you will never achieve it” — John D. Rockefeller

Larry Ellison on Business vs Government

A corporation’s primary goal is to make money. Government’s primary role is to take a big chunk of that money and give it to others
— Larry Ellison