Barry Ritholtz Funny Money Quote saying we’ll make any excuse to get away from our family, even to go out shopping for them after the holiday meal. Barry Ritholtz said: 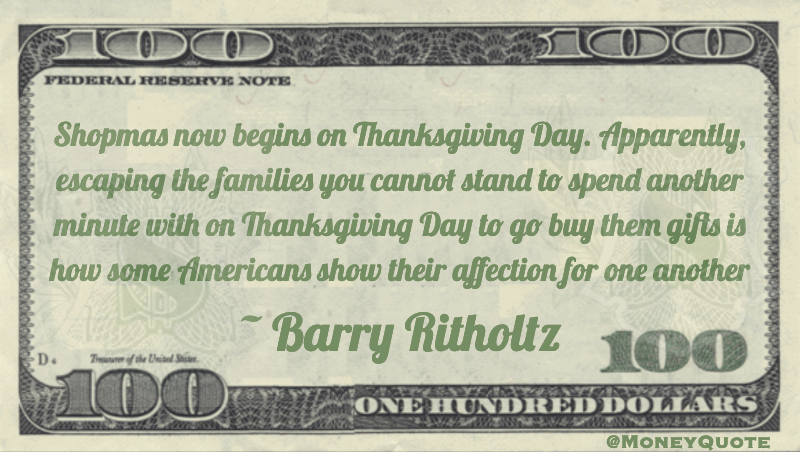 “Shopmas now begins on Thanksgiving Day. Apparently, escaping the families you cannot stand to spend another minute with on Thanksgiving Day to go buy them gifts is how some Americans show their affection for one another” — Barry Ritholtz

Here’s a compilation of #ChristmasQuotes about Money and Buying Gifts during the Holidays.

Proverbs 22:16 on Giving Gifts to Rich

Proverbs 22:16 Money Quotation saying Taking advantage of the poor and in poverty and giving gifts to the rich both lead to spiritual bankruptcy. Bible Verse Proverbs 22:16 said:

He who oppresses the poor to increase his wealth and he who gives gifts to the rich – both come to poverty
— Proverbs 22:16

Harlan Miller Money Quote saying that since we have trouble telling our friends and family verbally that we love them, we give extravagantly to make up for that failure of speech. Harlan Miller said: 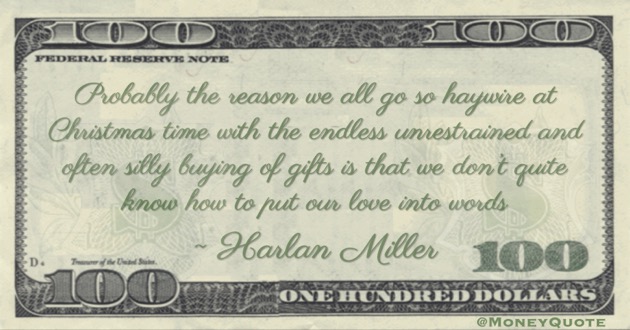 Share the Harlan Miller Money quote image above on your site:

O. Henry Money Quotation saying that three kings brought gifts to Christ on his date of birth, which originated the tradition of gifting at Christmas. O. Henry said:

The magi, as you know, were wise men – wonderfully wise men who brought gifts to the Babe in the manger. They invented the art of giving Christmas presents
— O. Henry

Burton Hills Money Quotation saying it’s not only presents that get all wrapped up in joyful celebration around the Christmas tree – sometimes happy families are like gifts. Burton Hills said: 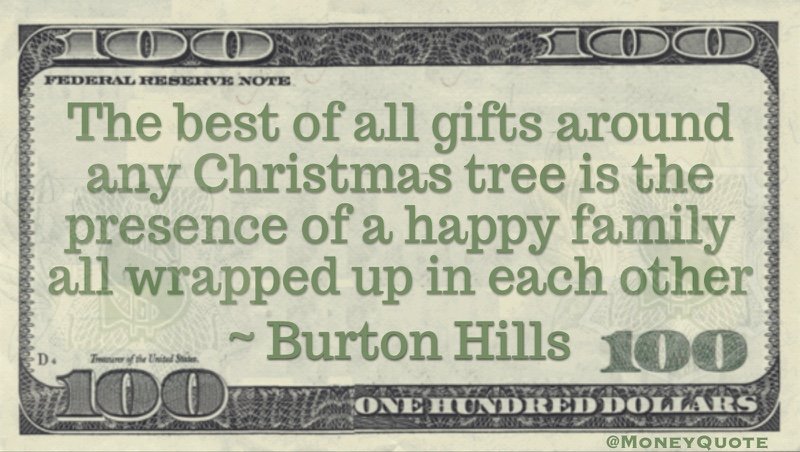 Share the Burton Hills Money quote image above on your site:

Ovid: Power of Gifts to Captivate

Ovid Money Quotation saying gift giving has powerful effects on even the most powerful and omniscient. It sways all with unprecedented effect on men and even the mythical gods. Ovid said:

Gifts, believe me, captivate both men and Gods, Jupiter himself was won over and appeased by gifts 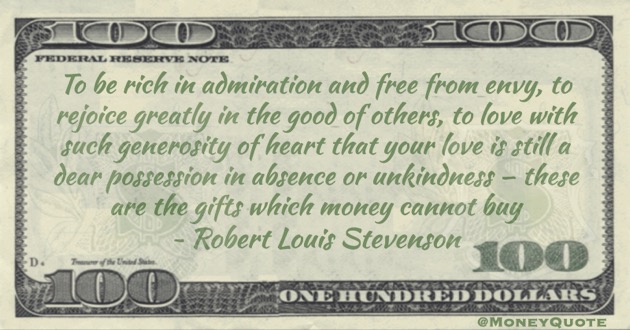 “To be rich in admiration and free from envy, to rejoice greatly in the good of others, to love with such generosity of heart that your love is still a dear possession in absence or unkindness – these are the gifts which money cannot buy” — Robert Louis Stevenson

Share the Robert Louis Stevenson Money quote image above on your site: