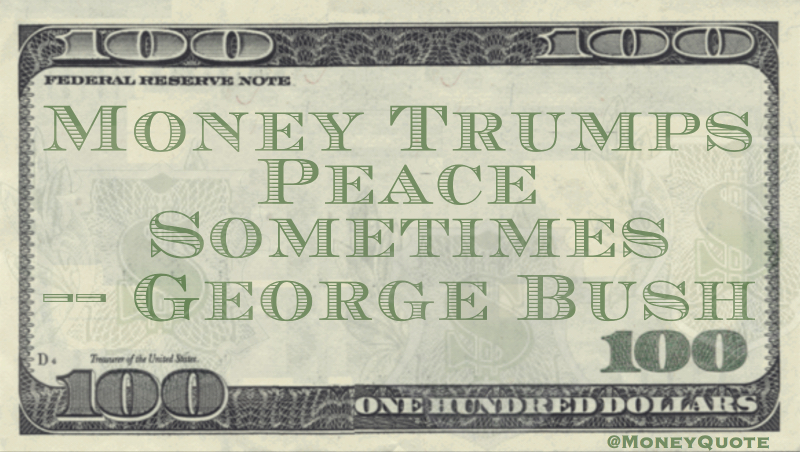 Share the George Bush Money quote image above on your site:

George Bush Money Quotation saying at a White House meeting in September of 2008 that credit accessibility and bank bailout was needed or the economy could crash. George Bush said: 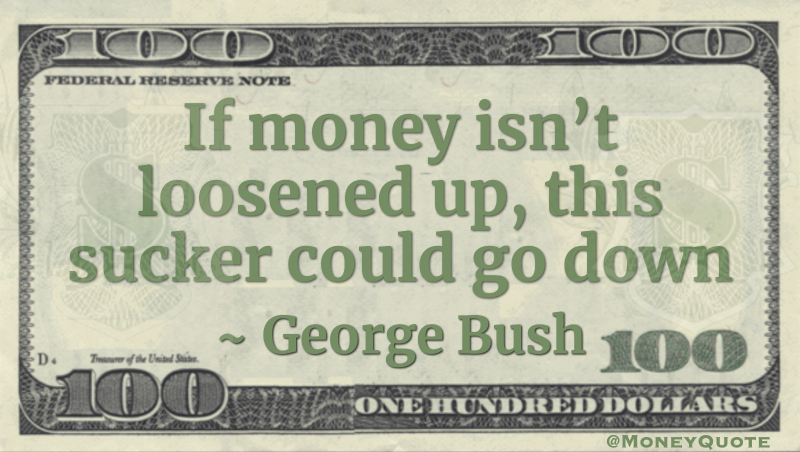 “If money isn’t loosened up, this sucker could go down” — George Bush

Said about a month before “Bloody Friday” on October 24, at the beginning of the great recession of 2008. when the stock market lost 10% on the same day that the Great Depression began with “Black Friday” in 1929.