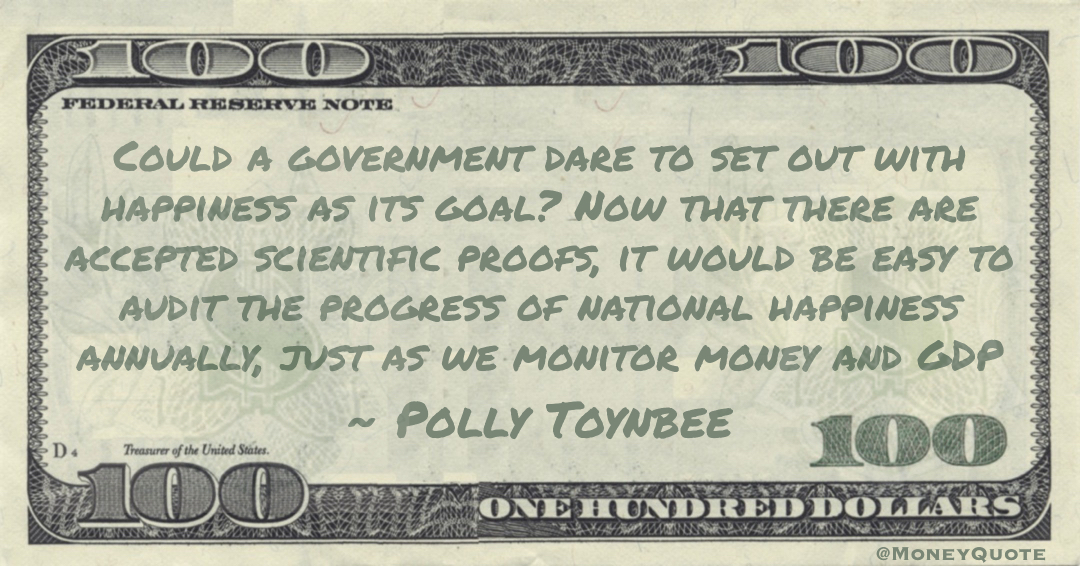 “Could a government dare to set out with happiness as its goal? Now that there are accepted scientific proofs, it would be easy to audit the progress of national happiness annually, just as we monitor money and GDP” — Polly Toynbee

Share the Polly Toynbee Money quote image above on your site: 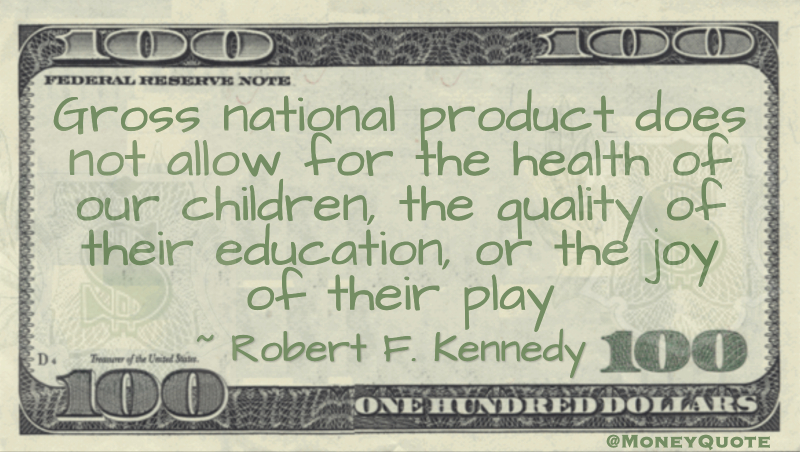 “Gross national product does not allow for the health of our children, the quality of their education, or the joy of their play” — Robert F. Kennedy

Share the Robert F. Kennedy Money quote image above on your site:

Pierre Rabhi Money Quotation saying he makes choices based on effect on quality of life rather than quantity of cash. Pierre Rabhi said: 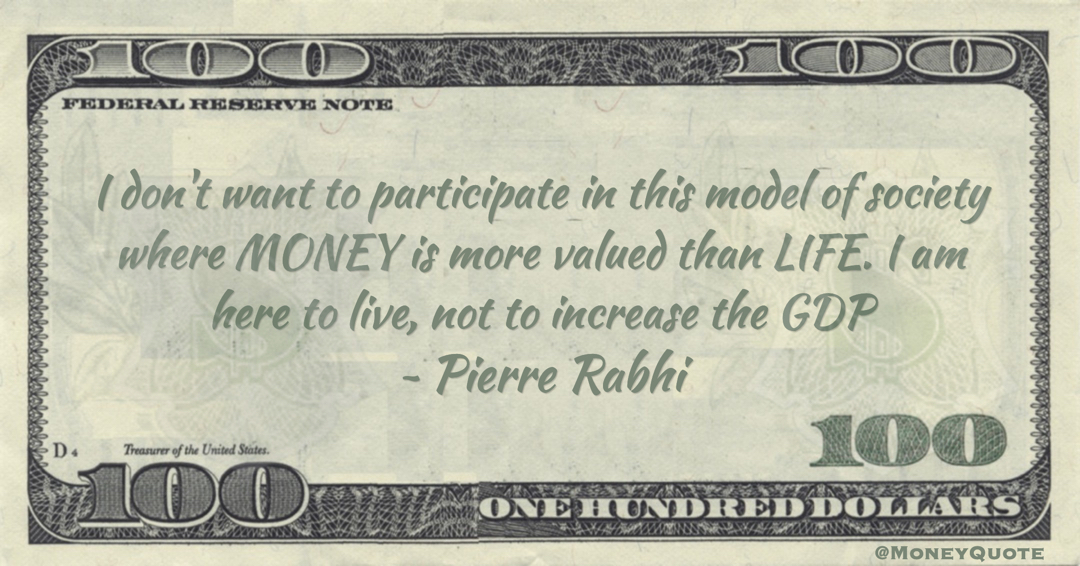 “I don’t want to participate in this model of society where MONEY is more valued than LIFE. I am here to live, not to increase the GDP” — Pierre Rabhi

Share the Pierre Rabhi Money quote image above on your site: