Funny Money Quotes: It could be a good idea to marry a professional sports icon if you want to re-marry rich. Lee Trevino said:

You can make a lot of money in this game. Just ask my ex-wives. Both of them are so rich that neither of their husbands work. — Lee Trevino

Warren Buffett Money Quotation saying history of financial gains aren’t the key to make greater gains or the wealthiest would be those with the most historical knowledge. Warren Buffett said:

If past history was all there was to the game, the richest people would be librarians

Funny Money Quotes: We can always pretend we don’t care much about cash until the opportunity to increase our income presents itself. Shaquille O’Neal said:

Bob Proctor Money Quote saying that we should enjoy and play in our search for cash, because positive gains come from getting money. Bob Proctor said: 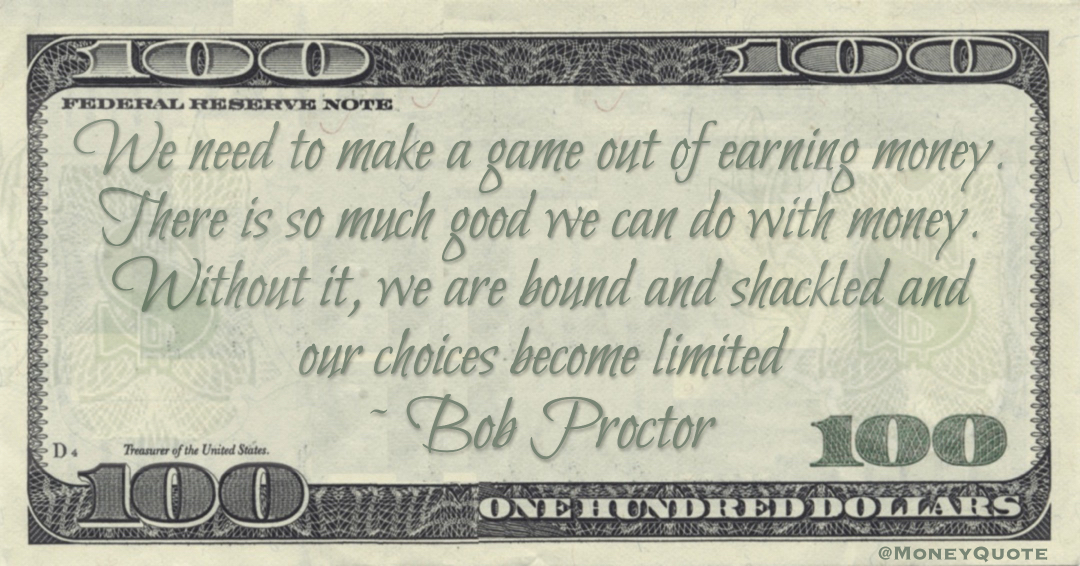 “We need to make a game out of earning money. There is so much good we can do with money. Without it, we are bound and shackled and our choices become limited” — Bob Proctor

Share the Bob Proctor Money quote image above on your site: