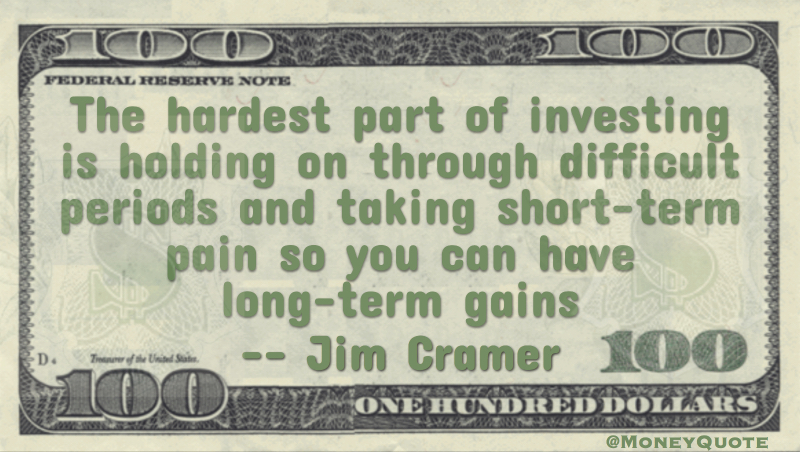 Share the Jim Cramer Money quote image above on your site:

Putin … is one of the richest men in the world. I estimate that he has accumulated $200 billion of ill-gotten gains … over his 17 years in power. He keeps his money in the West and all of his money in the West is potentially exposed to asset freezes and confiscation. Therefore, he has a significant and very personal interest in finding a way to get rid of the Magnitsky sanctions
— Bill Browder

Money Quotation saying debt costs much higher percentage than we can earn on any investment – or at best will eat up the gains made on investments and should be paid off. Mark Cuban said: