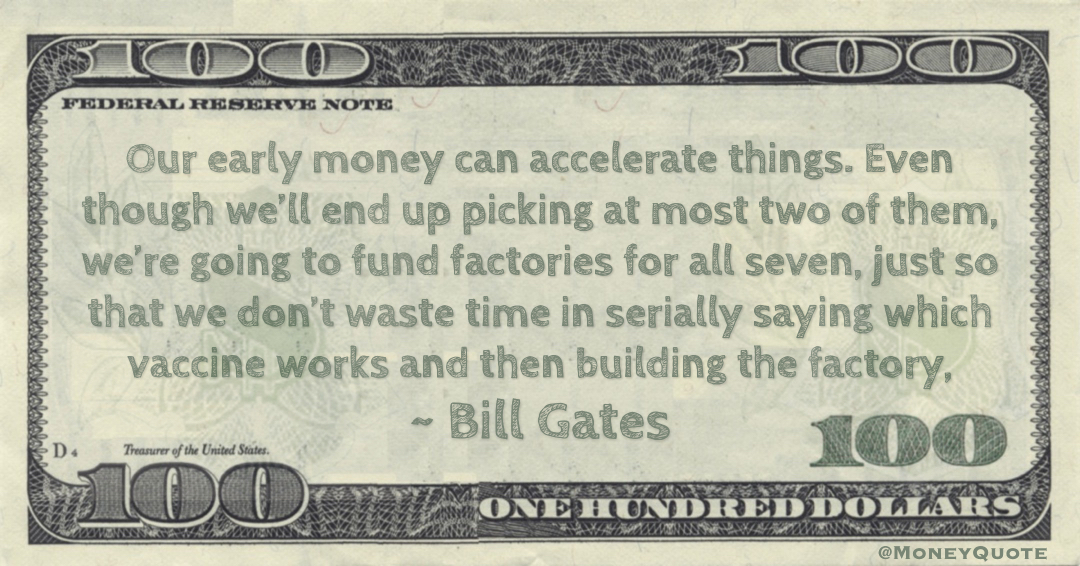 “Our early money can accelerate things. Even though we’ll end up picking at most two of them, we’re going to fund factories for all seven, just so that we don’t waste time in serially saying which vaccine works and then building the factory” — Bill Gates


To Get a Money Where My Mouth Is Mask, Click the Image 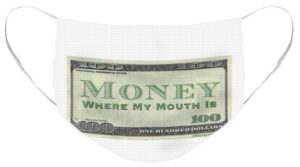 Kamala Harris: I’m Not a Billionaire 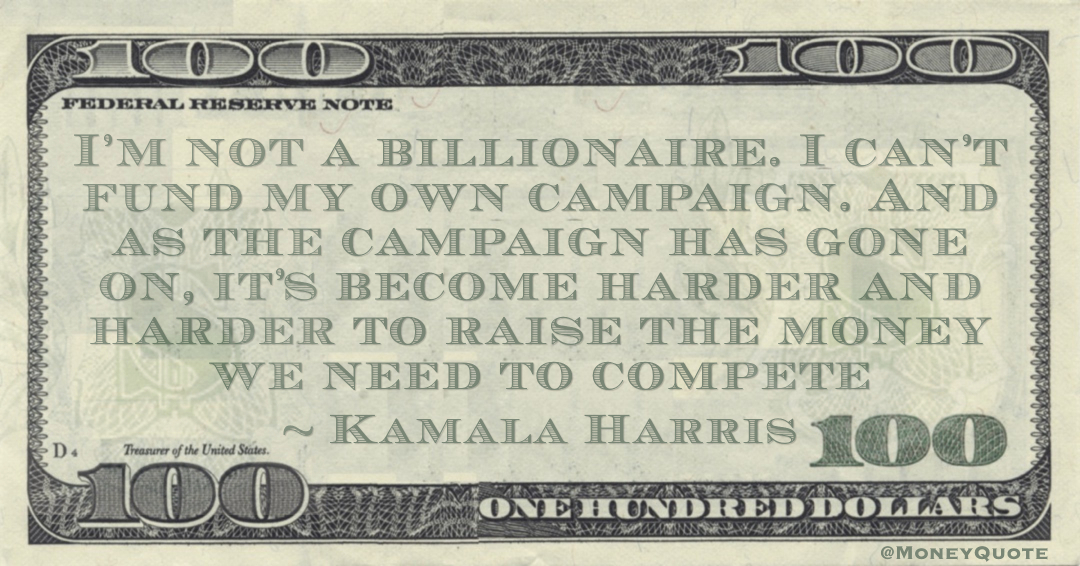 “I’m not a billionaire. I can’t fund my own campaign. And as the campaign has gone on, it’s become harder and harder to raise the money we need to compete” — Kamala Harris 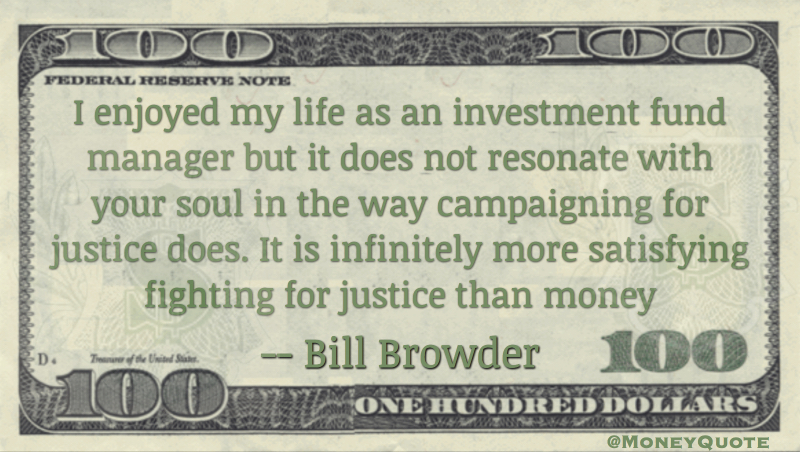 John Bogle: Get a Life Outside Finance 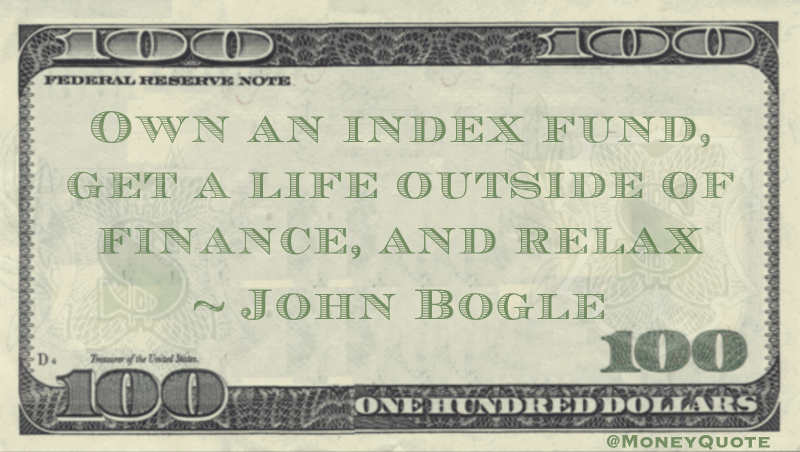 “Own an index fund, get a life outside of finance, and relax” — John Bogle

Share the John Bogle Money quote image above on your site:

Money buys fear. If you have money, and if you show that you’re willing to use it, elected officials will fear that you will fund their opponents. Because of this, many of them will do what you want without you so much as giving them a dime
— Rob Schaaf