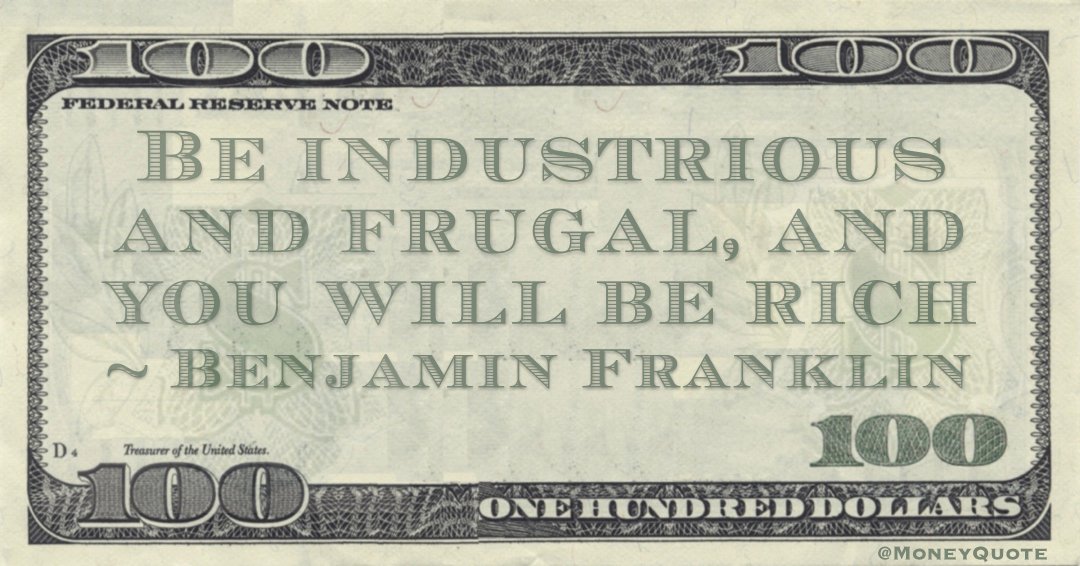 “Be industrious and frugal, and you will be rich” — Benjamin Franklin

James K. Polk Money Quote saying frugality with public monies is the responsibility of the President and should be enforced by Congress. James K. Polk said: 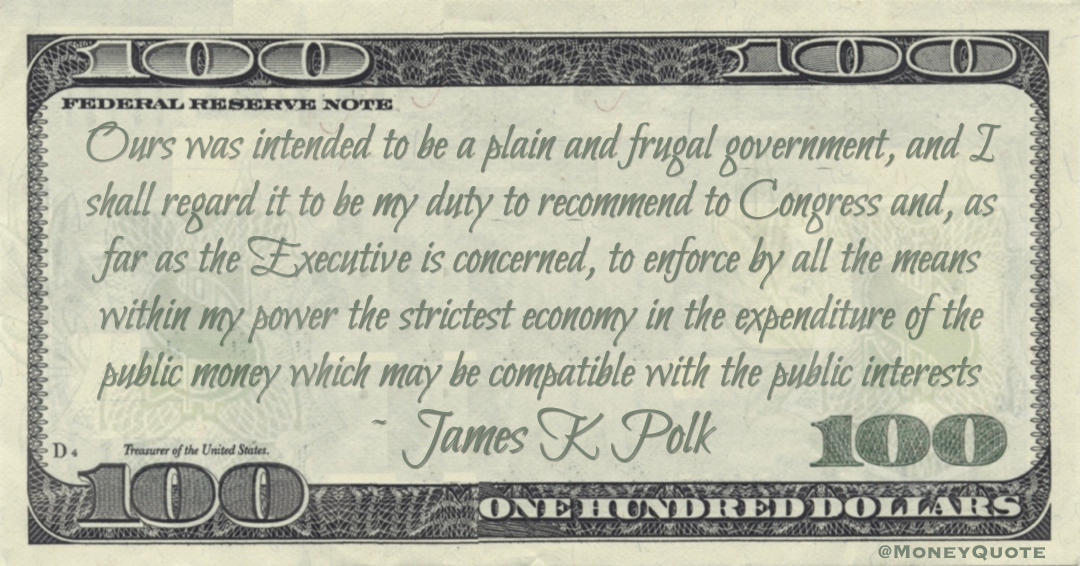 Share the James K. Polk Money quote image above on your site:

Francis Moore Money Quotation saying those who limit their showiness and keep within reasonable limits of spending are the wealthiest. Francis Moore said: 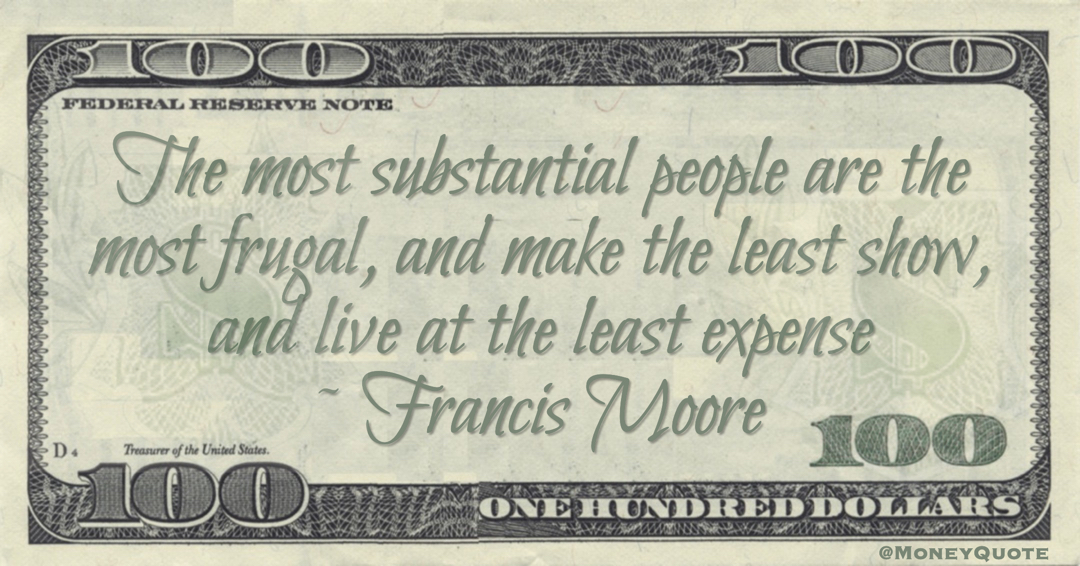 “The most substantial people are the most frugal, and make the least show, and live at the least expense” — Francis Moore

Share the Francis Moore Money quote image above on your site: