The road to financial freedom is different than the road to riches. They’re different strategies
— T. Harv Eker

Nelson Mandela Money Quotation saying we perceive relief of poverty as an act rather than a final destination – of freedom. Nelson Mandela said: 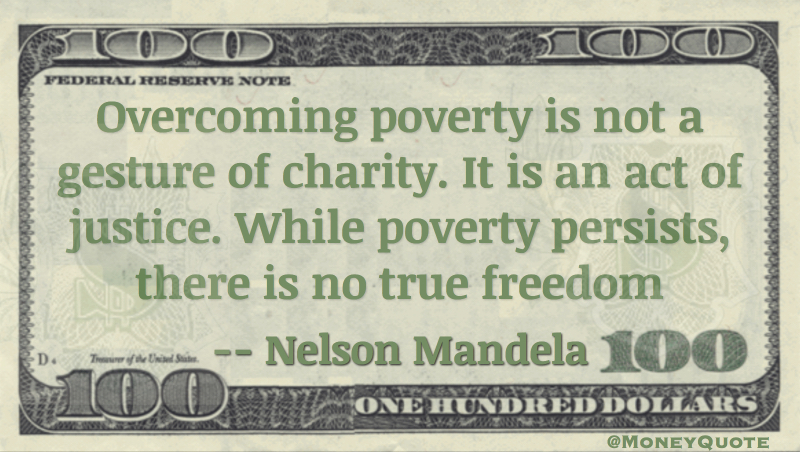 “Overcoming poverty is not a gesture of charity. It is an act of justice. While poverty persists, there is no true freedom” — Nelson Mandela

Nelson Mandela Money Quote saying imprisoned dreamers cannot be successes no matter the size of their bank accounts, one must be free to access the money and free to spend it. Nelson Mandela said: 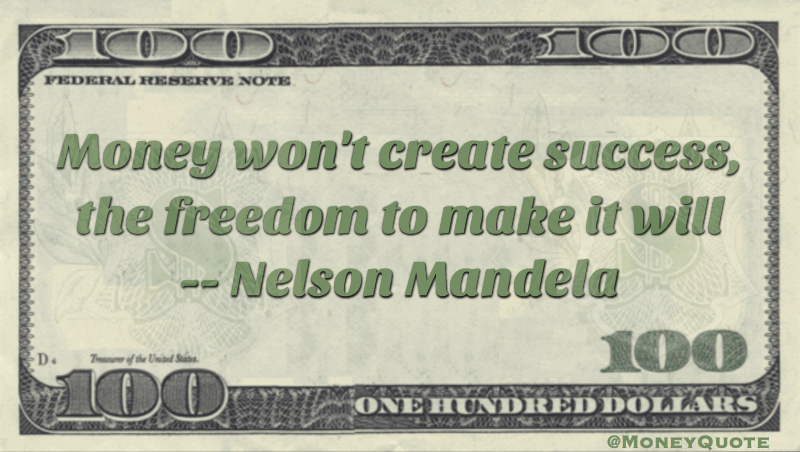 “Money won’t create success, the freedom to make it will” — Nelson Mandela

The bread which you withhold belongs to the hungry: the clothing you shut away, to the naked: and the money you bury in the earth is the redemption and freedom of the penniless — Thomas Aquinas, Summa Theologica, II-II, Q 66 A 7

Mike Tyson: Freedom is Having Nothing

Mike Tyson Money Quote saying some confuse freedom from financial worry means personal freedom, when in fact – being free is being free of all things, including cash. Mike Tyson said:

Real freedom is having nothing. I was freer when I didn’t have a cent