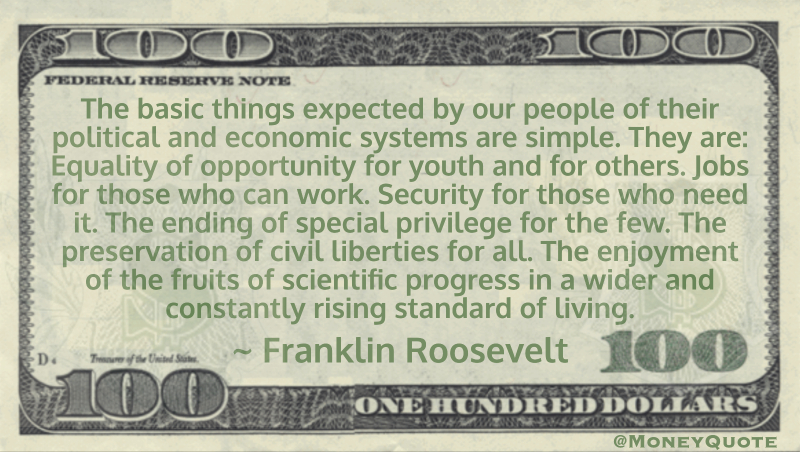 “The basic things expected by our people of their political and economic systems are simple. They are: Equality of opportunity for youth and for others. Jobs for those who can work. Security for those who need it. The ending of special privilege for the few. The preservation of civil liberties for all. The enjoyment of the fruits of scientific progress in a wider and constantly rising standard of living” — Franklin Roosevelt

Taxes, after all, are dues that we pay for the privileges of membership in an organized society
— Franklin D. Roosevelt