Antonio Machado Money Quotation saying those who see shallowly into muddy water of investing can see mirages that appear to be equivalent to reality. Antonio Machado said:

Only a fool thinks price and value are the same

Adlai Stevenson on Parting Everyone from Money

Funny Money Quotes: What once only happened to fools now makes poorer people of us all – we are separated from our money inevitably. Adlai E. Stevenson said:

There was a time when a fool and his money were soon parted, but now it happens to everybody

All the money in the world is no use to a man or his country if he spends it as fast as he makes it. All he has left is his bills and the reputation for being a fool

It is a common observation that any fool can get money; but they are not wise that think so
— Charles Caleb Colton

Funny Money Quote: if a wealthy woman is not careful, she may mistake financial interest for romantic interests of a suitor. Helen Rowland said: 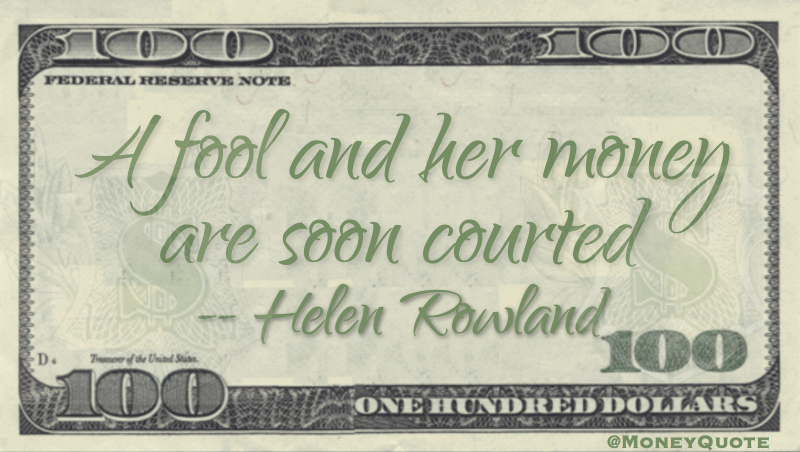 A fool and her money are soon courted
— Helen Rowland

Share the Helen Rowland Money quote image above on your site:

Ann Radcliffe Money Quotation saying we have an unwarranted respect for riches, even when they are held by foolish or stupid men. Ann Radcliffe said: 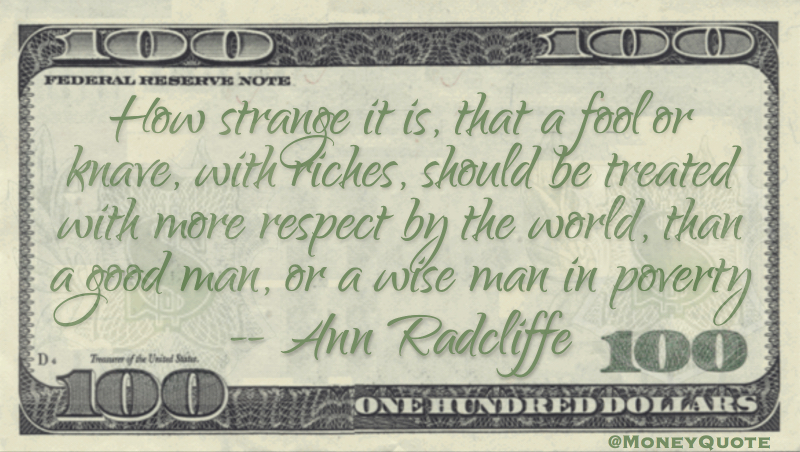 “How strange it is, that a fool or knave, with riches, should be treated with more respect by the world, than a good man, or a wise man in poverty” — Ann Radcliffe

Share the Ann Radcliffe Money quote image above on your site: