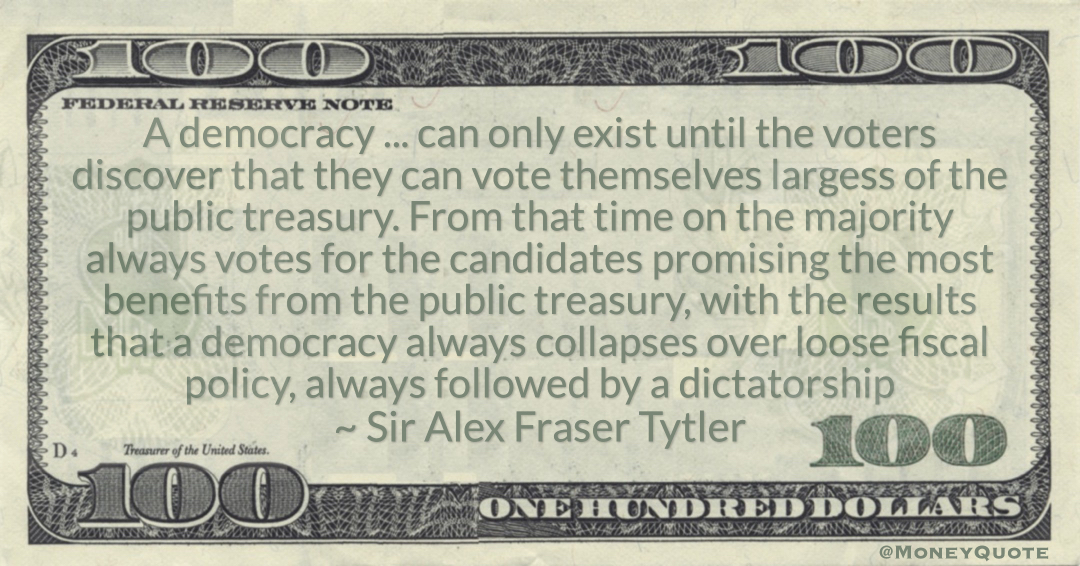 “A democracy … can only exist until the voters discover that they can vote themselves largess of the public treasury. From that time on the majority always votes for the candidates promising the most benefits from the public treasury, with the results that a democracy always collapses over loose fiscal policy, always followed by a dictatorship” — Sir Alex Fraser Tytler

Share the Sir Alex Fraser Tytler Money quote image above on your site:

“Seigniorage finance of fiscal deficits is often known as ‘the printing press.’ In a sense, money is the root of all inflationary evil. It helps to understand why inflation bursts out here and there periodically” — Michael Connolly

Share the Michael Connolly Money quote image above on your site:

President Barack Obama Money Quotation saying Politicians debate whether to raise taxes on the top 2 percent of earners – while a disaster looms as they avoid his simple proposed solution. President Obama said: 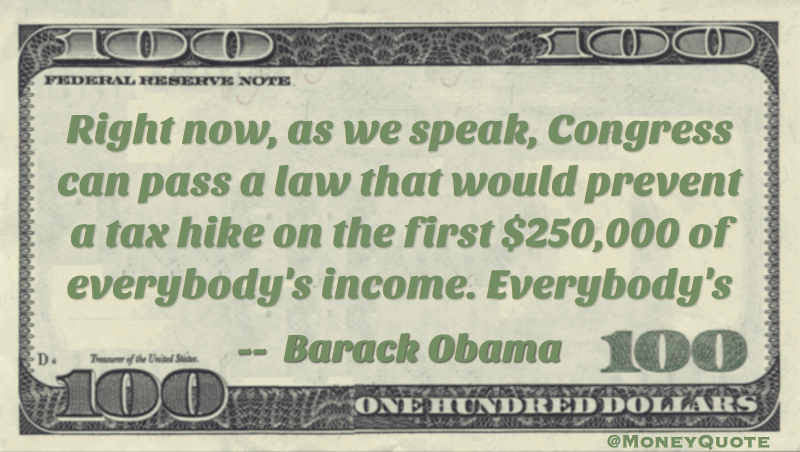 “Right now, as we speak, Congress can pass a law that would prevent a tax hike on the first $250,000 of everybody’s income. Everybody’s” — Barack Obama