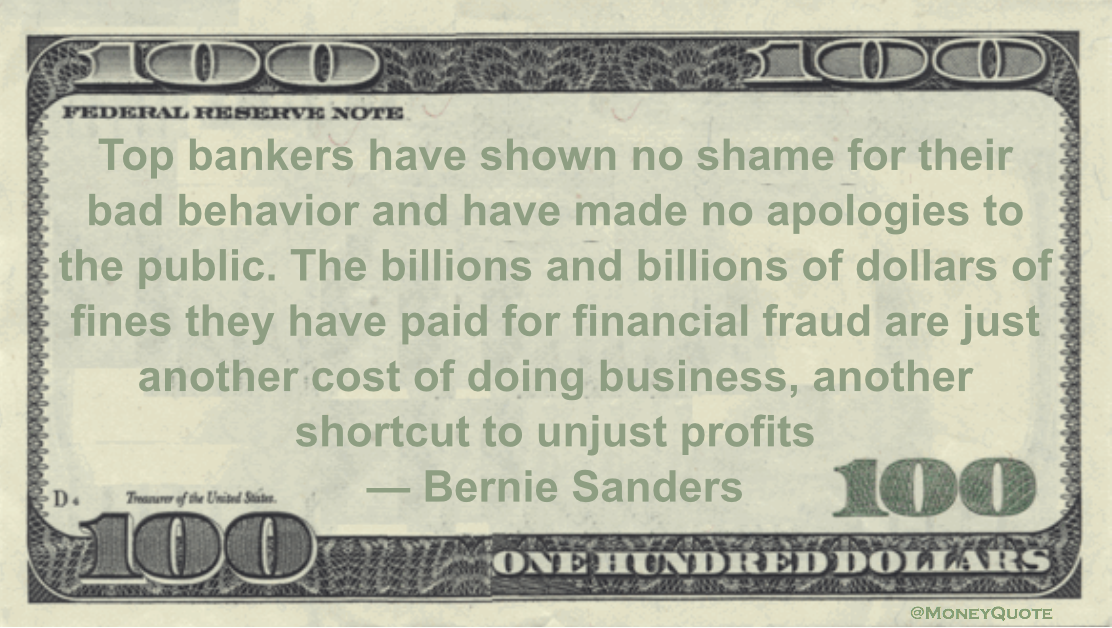 “Top bankers have shown no shame for their bad behavior and have made no apologies to the public. The billions and billions of dollars of fines they have paid for financial fraud are just another cost of doing business, another shortcut to unjust profits” — Bernie Sanders