Hugh McCulloch Comptroller of the Currency in 1863 saying Manipulating money doesn’t make a financier a banker, or banking unlikely to be useful. Hugh McCulloch said: 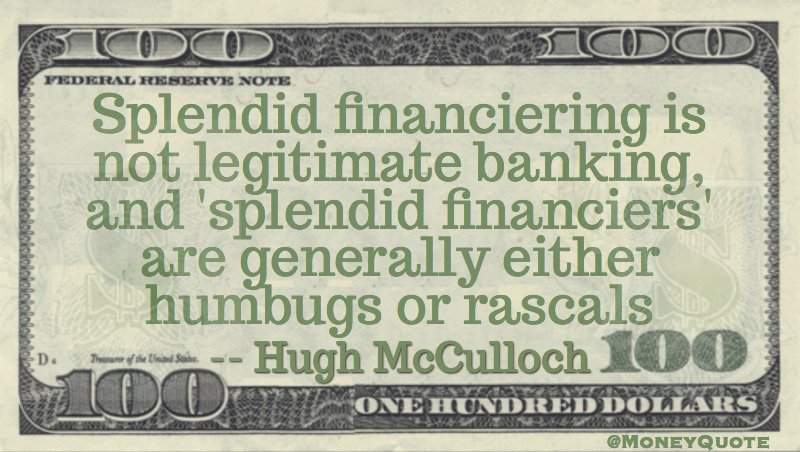 Share the Hugh McCulloch Money quote image above on your site:

Napoleon Bonaparte on Financiers without Patriotism

Money has no fatherland; financiers are without patriotism and without decency; their sole object is gain — Napoleon Bonaparte

Financiers live in a world of illusion. They count on something which they call the capital of the country,
which has no existence
— George Bernard Shaw

Napoleon Bonaparte Money Quotation saying bankers are not beholden to governments or countries when their primary objective is profit. Napoleon said:

Money has no motherland; financiers are without patriotism and without decency; their sole object is gain — Napoleon Bonaparte