Charlie Munger: Finance Out of Control

Charlie Munger, vice-chair Berkshire Hathaway, Money Quote saying as a Republican, there are few other things he can agree with Elizabeth Warren on – except current state of banking is risky and dangerous. Charlie Munger said:

The finance industry creates 4% of jobs, but takes 25% of the profits in corporate America
— Rana Foroohar 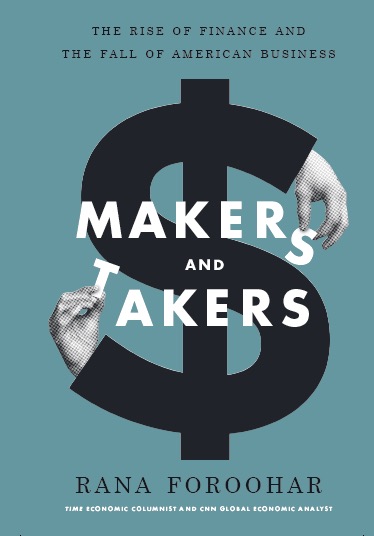 For the past 15 years Rana Foroohar has covered the financial industry for Newsweek and Time and has now written a book looking at what she’s learned during that time.

Seigniorage finance of fiscal deficits is often known as “the printing press.” In a sense, money is the root of all inflationary evil. It helps to understand why inflation bursts out here and there periodically
— Michael Connolly

The worldwide crisis affecting finance and the economy lays bare their imbalances and, above all, their lack of real concern for human beings. Man is reduced to one of his needs alone: consumption
— Pope Francis

Marriner Eccles Money Quotation saying The money and banking system relies on debt to finance the creation of new capital – without one the other doesn’t exist. Marriner Eccles said:

If there were no debts in our money system, there wouldn’t be any money

Satyajit Das: Finance Incomprehensible to All

Satyajit Das Money Quotation saying finance is made complex to hide its simplistic goal of fleecing all pariticpants in banking. Satyajit Das said:

Modern finance is generally incomprehensible to ordinary men and women … The level of comprehension of many bankers and regulators is not significantly higher. Like the wolf in the fairy tale: ‘All the better to fleece you with’
— Satyajit Das

The supreme court overturned a century of precedent voiding campaign finance restrictions passed by congress and making it far easier for millionaires biliionaires and big corporations to flood our elections with massive amounts of money. The supreme court is helping them buy elections
— Elizabeth Warren