Henry A. Wallace: Lust for Money

Henry Wallace Money Quote saying fascism identifies proponents by making them greedy and intolerant toward all who disagree with their worldview. Henry Wallace said: 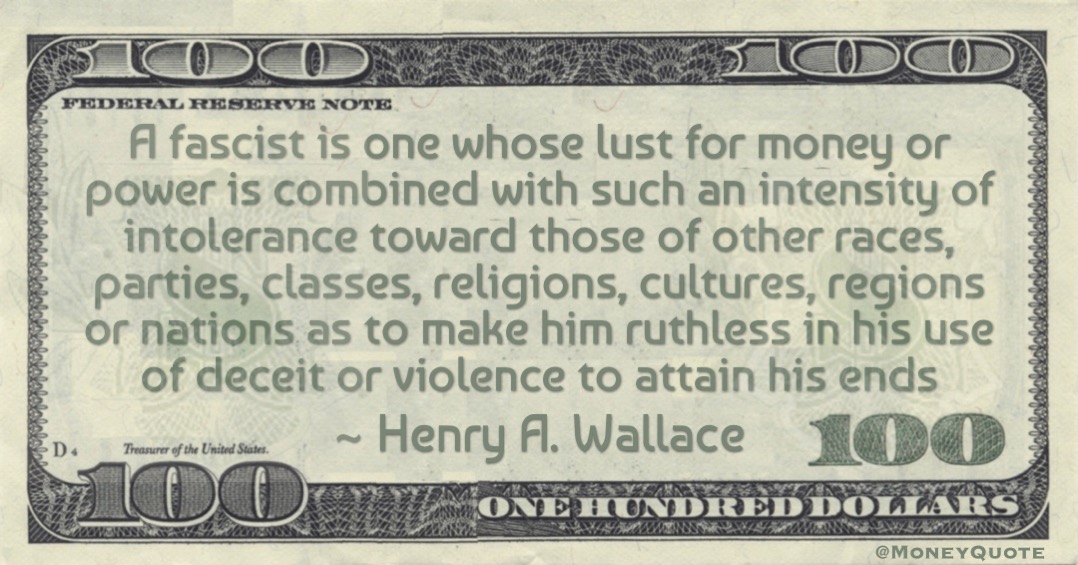 “A fascist is one whose lust for money or power is combined with such an intensity of intolerance toward those of other races, parties, classes, religions, cultures, regions or nations as to make him ruthless in his use of deceit or violence to attain his ends” — Henry Wallace

Share the Henry Wallace Money quote image above on your site:

Former Vice President to Franklin D. Roosevelt, Henry A. Wallace Money Quote saying no doubt there is a sliding scale of fascism from extreme to mild – so important watch where that scale settles. Henry A. Wallace said: 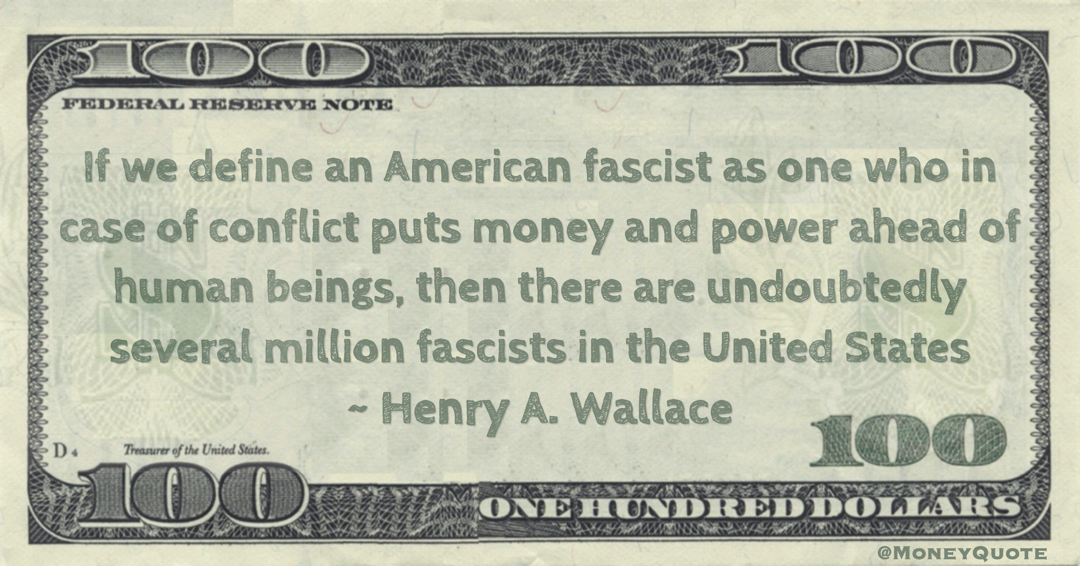 “If we define an American fascist as one who in case of conflict puts money and power ahead of human beings, then there are undoubtedly several million fascists in the United States” — Henry A. Wallace