Rosa Parks: Pay My Fare Get on the Bus 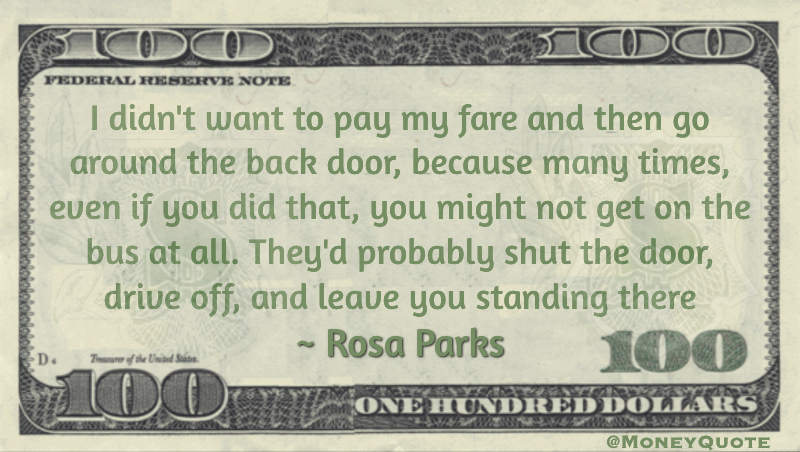 “I didn’t want to pay my fare and then go around the back door, because many times, even if you did that, you might not get on the bus at all. They’d probably shut the door, drive off, and leave you standing there” — Rosa Parks

#RosaParksDay December 1, 1955 was the day she refused to give up her seat to move to the back of the bus as African Americans were required to do then. She was arrested for her refusal, sparking a 381 day long bus boycott in Montgomery, Alabama – which almost bankrupted the bus company. The action led to a U.S. Supreme Court decision declaring the Alabama law which required segregated buses to be unconstitutional.

Share the Rosa Parks Money quote image above on your site: