Funny Money Quotes: Happiness can be elusive, even when we are famous, but it makes an appearance more often among the wealthy than the poor. Alan Alda said: 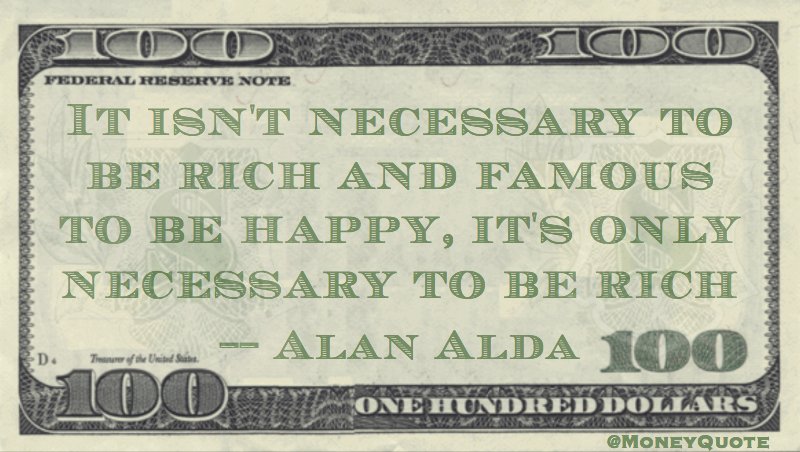 Share the Alan Alda Money quote image above on your site:

Barack Obama Money Quotation saying The things we value in our society are often of little value at all and that we need to consider what is truly important. Barack Obama said: 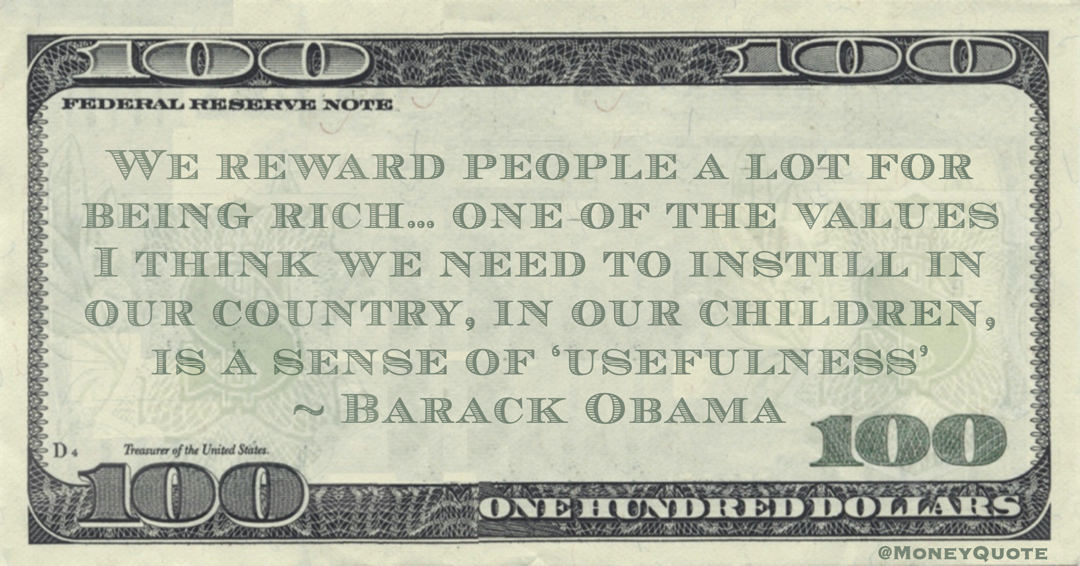 “We reward people a lot for being rich… one of the values I think we need to instill in our country, in our children, is a sense of ‘usefulness’” — Barack Obama

Michael Pritchard Money Quote saying to really know who cares about things beyond their own comfort, we need to know if they would attend our funeral in the rain or snow. Michael Pritchard said: 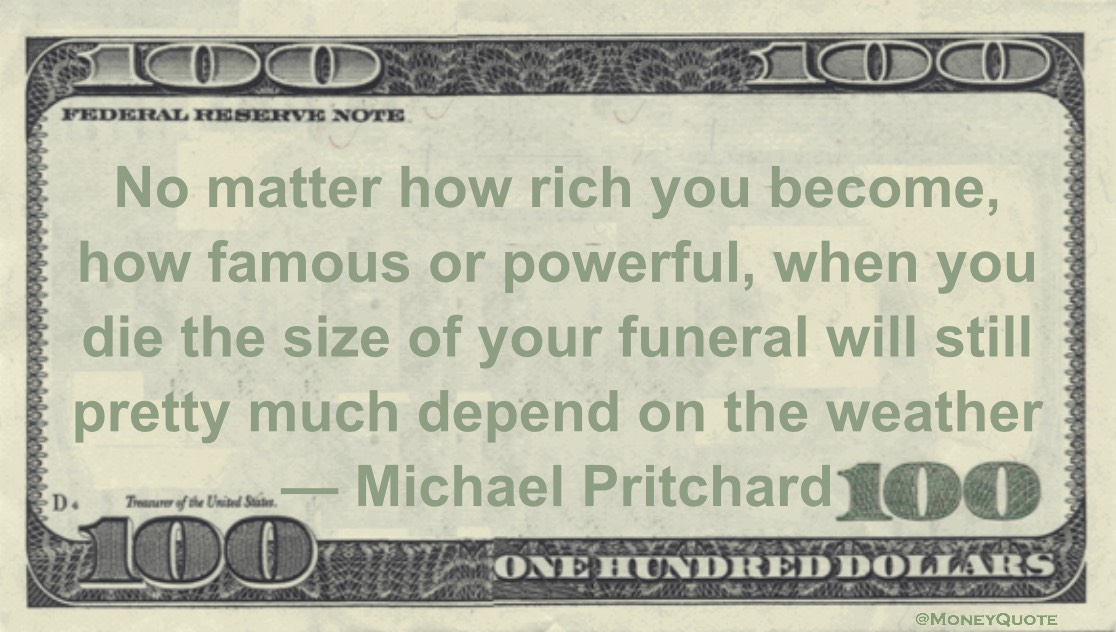 “No matter how rich you become, how famous or powerful, when you die the size of your funeral will still pretty much depend on the weather” — Michael Pritchard

Share the Michael Pritchard Money quote image above on your site: