Helen Keller: Wealth of Everything

Helen Keller Money Quote saying people that haven’t a care in the world, won’t care about those with much to worry about. Helen Keller said: 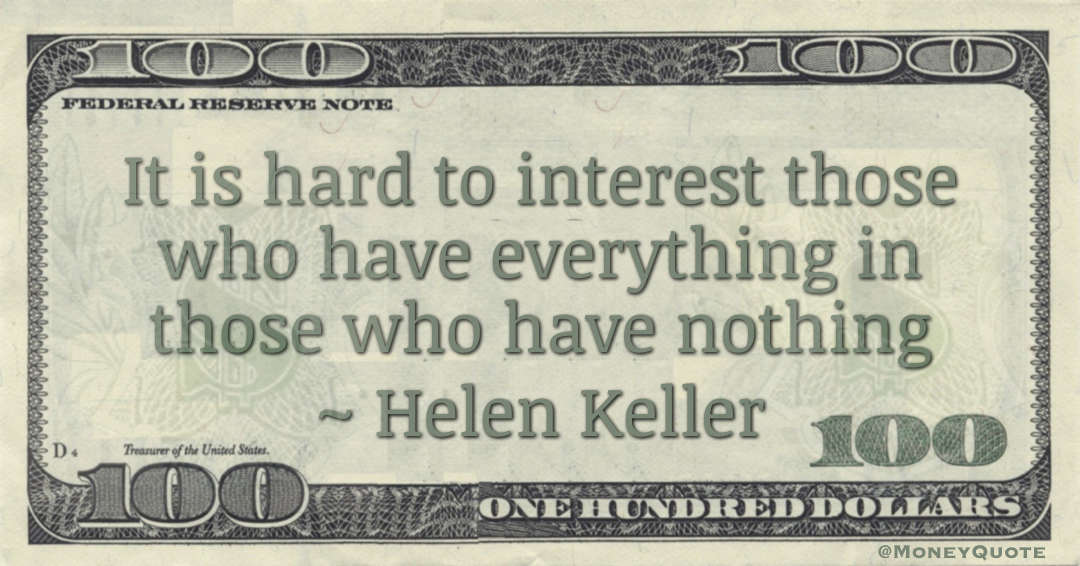 Share the Helen Keller Money quote image above on your site:

Indira Gandhi on Everything or Nothing

Indira Gandhi Money Quotation saying good works only with cash suggests that ministers are detached from the people and display a poverty of Imagination with Everything or Nothing thinking. Indira Gandhi said:

One must beware of ministers who can do nothing without money, and those who want to do everything with money — Indira Gandhi 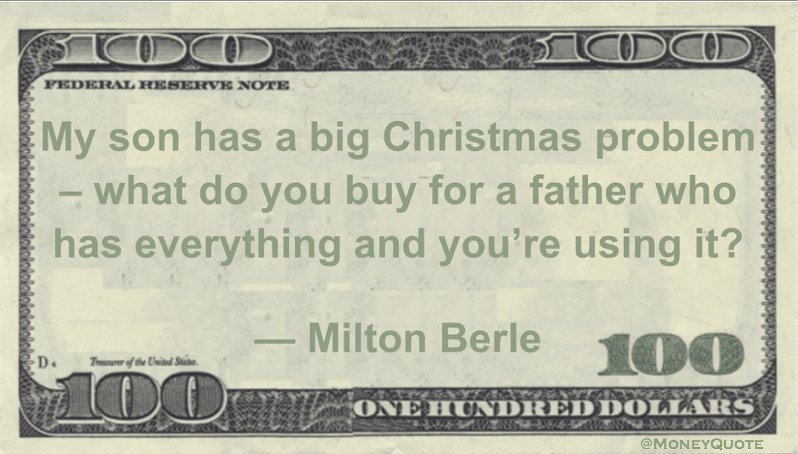 “My son has a big Christmas problem – what do you buy for a father who has everything and you’re using it?” — Milton Berle

Share the Milton Berle Money quote image above on your site:

Robert Orben: What is Money?

Robert Orben Money Quotation saying There is no bigger cliche than the one saying ‘Money isn’t everything’ but do we ever stop to consider exactly what it is? Robert Orben said: 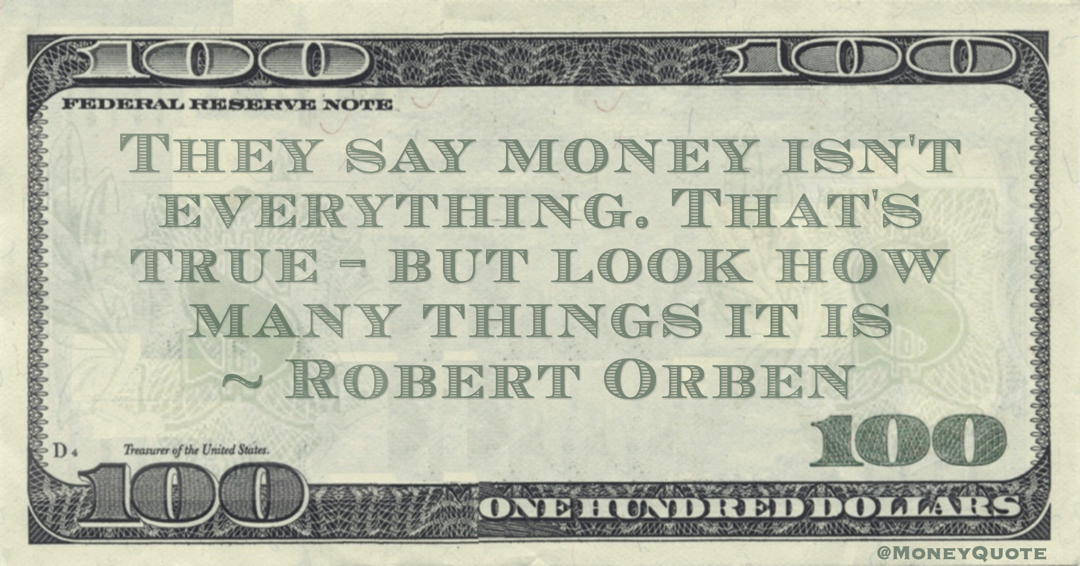 “They say money isn’t everything. That’s true – but look how many things it is” — Robert Orben

Share the Robert Orben Money quote image above on your site:

George Bernard Shaw: Money is Nothing

George Bernard Shaw Money Quotation points to his strong conviction that among those with “equal income, there is no distinction but merit” which is why “idiots are always in favor of inequality of income” 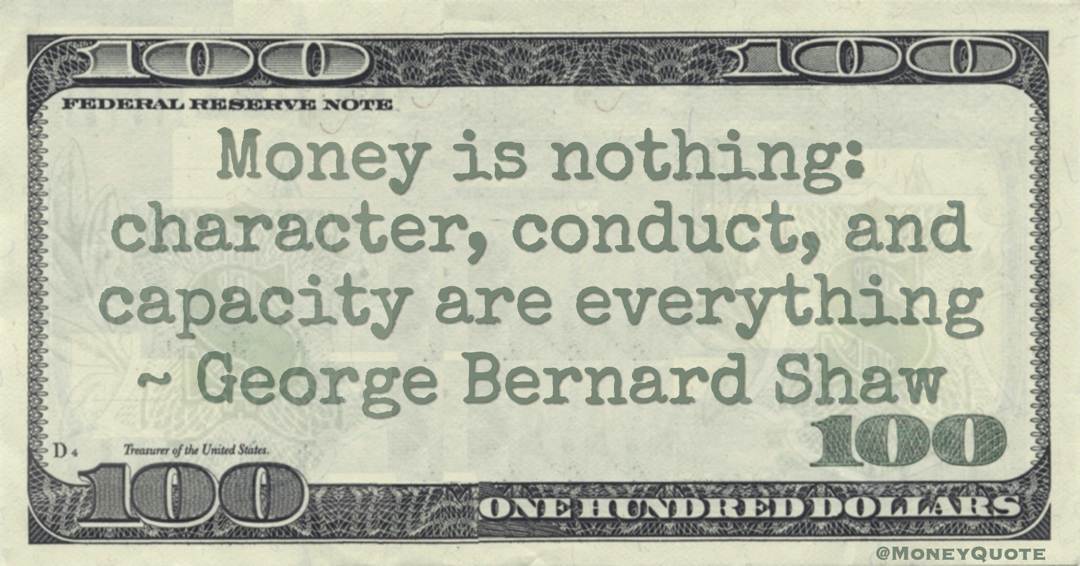 “Money is nothing: character, conduct, and capacity are everything” — George Bernard Shaw