Guaranteed income would not only establish freedom as a reality rather than a slogan, it would also establish a principle deeply rooted in Western religious and humanist tradition, Man has the right to live, regardless!
— Erich Fromm

Erich Fromm Money Quotation on the true meaning of wealth and what it really means to be rich by suggesting that givers are the richest among us. 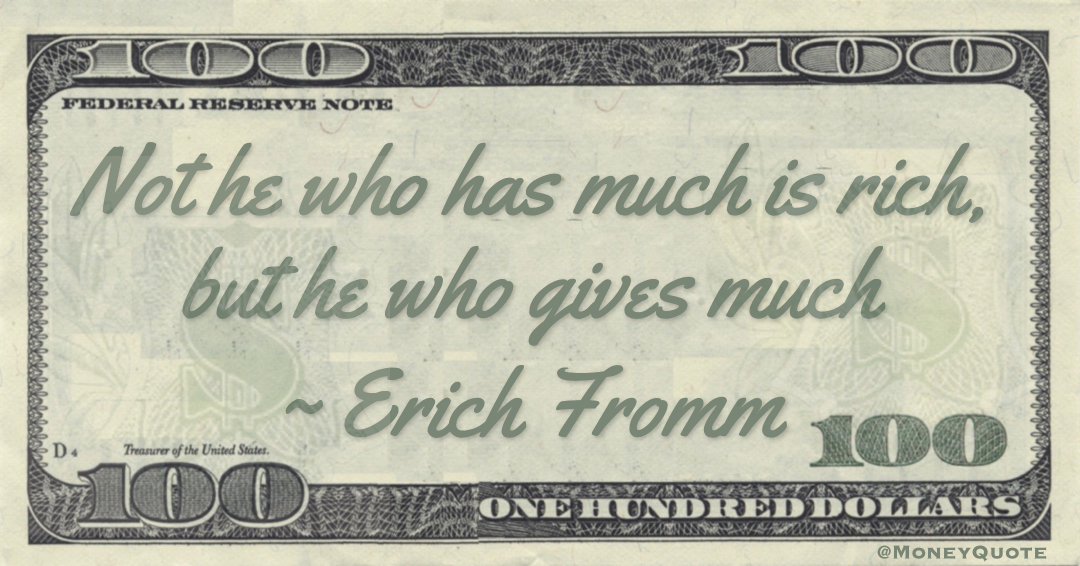 “Not he who has much is rich, but he who gives much” — Erich Fromm

Share the Erich Fromm Money quote image above on your site: