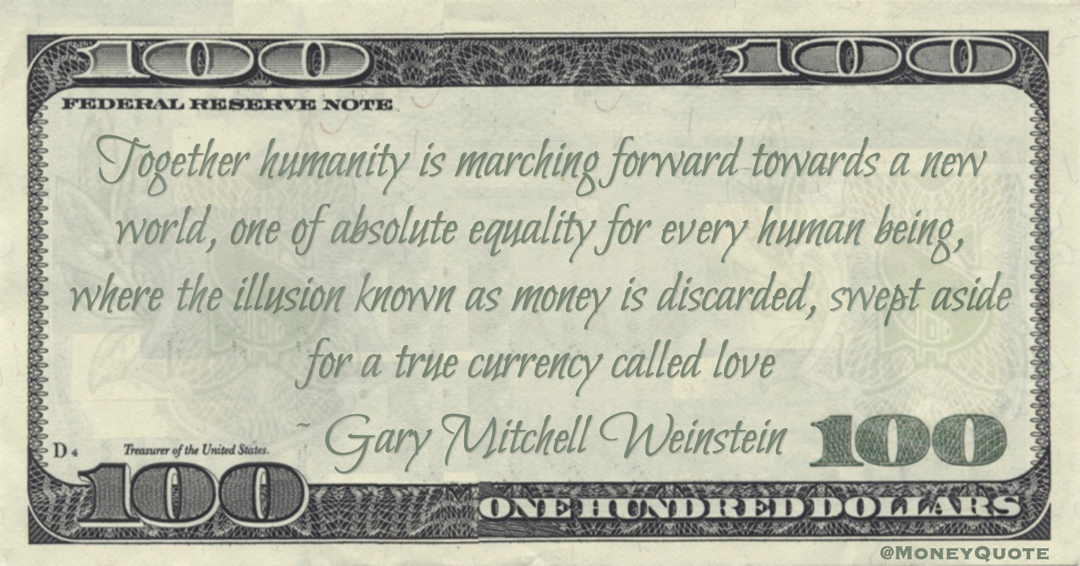 “Together humanity is marching forward towards a new world, one of absolute equality for every human being, where the illusion known as money is discarded, swept aside for a true currency called love” — Gary Mitchell Weinstein

Share the Gary Mitchell Weinstein Money quote image above on your site: 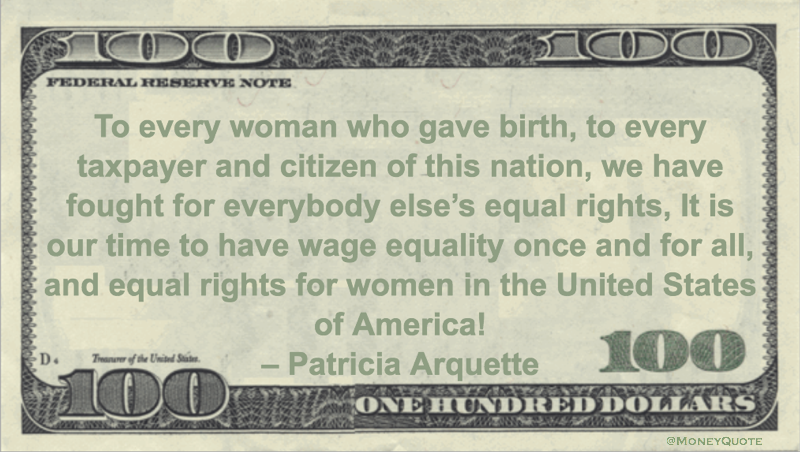 “To every woman who gave birth, to every taxpayer and citizen of this nation, we have fought for everybody else’s equal rights, It is our time to have wage equality once and for all, and equal rights for women in the United States of America!” — Patricia Arquette

Share the Patricia Arquette Money quote image above on your site: 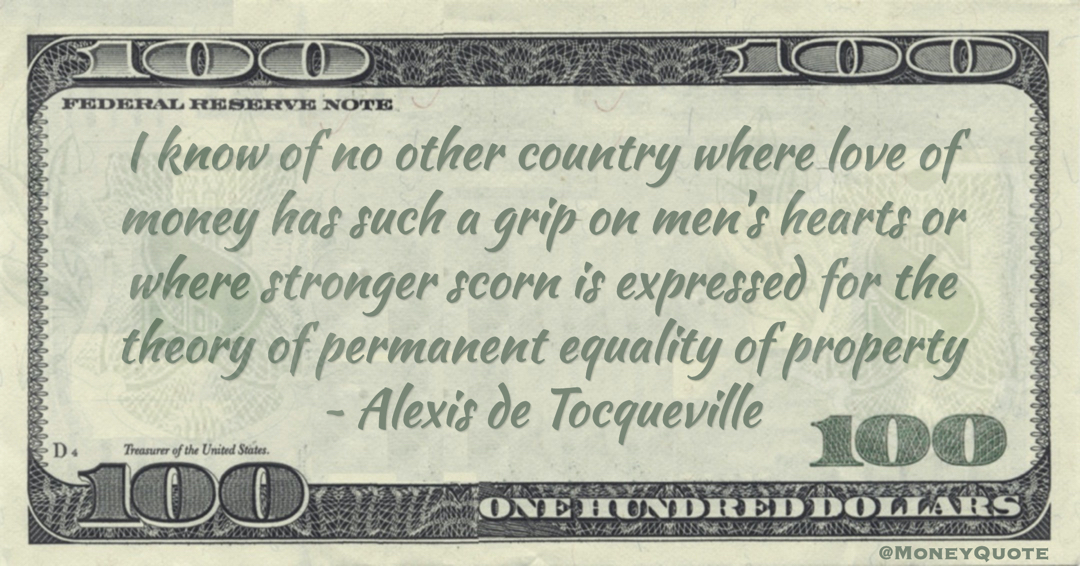 Share the Alexis de Tocqueville Money quote image above on your site: