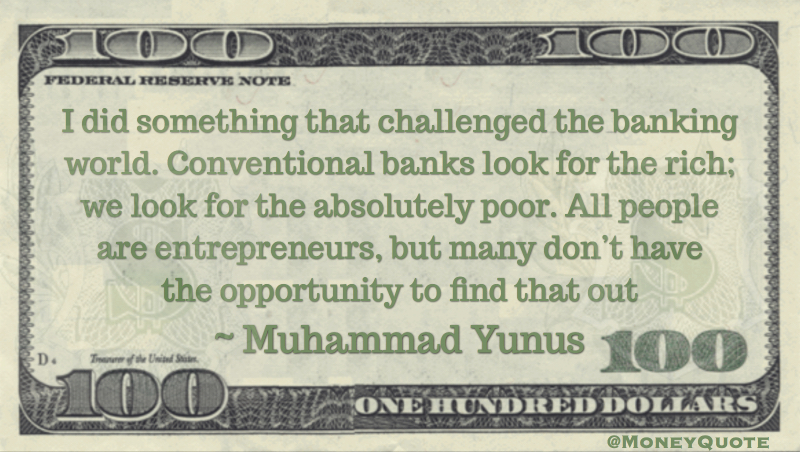 “I did something that challenged the banking world. Conventional banks look for the rich; we look for the absolutely poor. All people are entrepreneurs, but many don’t have the opportunity to find that out” — Muhammad Yunus

Everybody — by which I mean :not you — is getting rich off the Internet. We are constantly seeing stories in the media about young Internet entrepreneurs who look like they should be mowing lawns for spending money, except that they have the same net worth as Portugal
— Dave Barry

Tim Love Money Quote saying focus on building an idea as entity which can’t help but attract revenue if adopted by all involved in moving the enterprise. Tim Love said:

Some people chase money. The greatest entrepreneurs drive the culture around an idea. Then the money just happens
— Tim Love

You have a great idea. Now you need to uplift others to help you achieve your goals. #MakeIt #CNBCMakeiT #entrepreneur #entrepreneurship #MondayMotivation 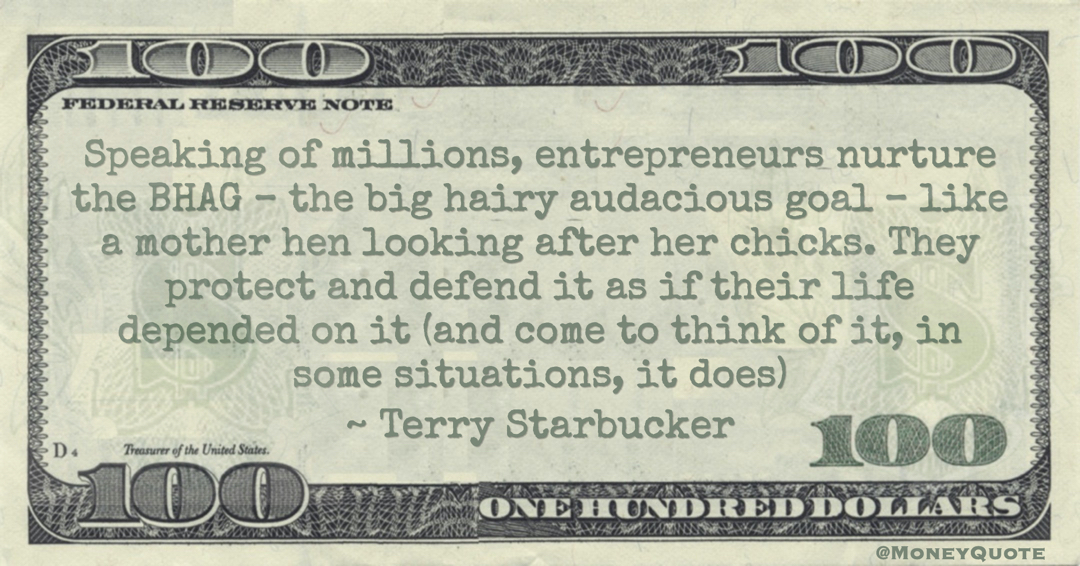 “Speaking of millions, entrepreneurs nurture the BHAG – the big hairy audacious goal – like a mother hen looking after her chicks. They protect and defend it as if their life depended on it (and come to think of it, in some situations, it does)” — Terry Starbucker

Share the Terry Starbucker Money quote image above on your site: